You Could be a Character in a Gary Shteyngart Novel ! 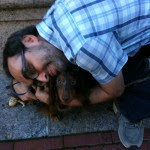 The character is a dog. If you've read Gary Shteyngart (if you haven't, you should) you know that a dog in his book probably will be treated better than the humans.

How it works: send a picture of yourself reading Super Sad True Love Story with a dog to bluestone@randomhouse.com (mention it came from Third Place Books), and it will post on Bluestone. One winner will be selected By Gary, and he will name a dog in his next novel after the winner. Click here for more details.


If the picture chosen is from one of our customers, we'll frame it and hang it proudly in our store for all to see. We'll also give you a $50 gift certificate.
at 4:56 PM No comments:

Talk About a Double-Header 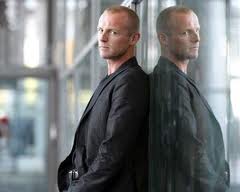 At our Lake Forest Park store on Saturday 5/21 we have two authors, back to back, that have written what will be two of the most talked about books of the year.

At 4:30pm we have Norwegian thriller author Jo Nesbo for his new novel Snowman. Here is what one of our resident Mystery experts Deborah has to say about it :


"Winter may be a distant memory, but Jo Nesbo's The Snowman will chill you to the core. Oslo detective Harry Hole has battled demons both personal and professional throughout his career, but the emergence of Norway's first serial killer may be the greatest challenge he has faced. Dubbed 'The Snowman' after his calling card left at the scene of grisly murders, this evil and cunning killer has very carefully planned his finale and the role Harry Hole will play in it. Suspenseful and thrilling!"
Trying to figure out who to read after your done with Stieg Larsson?  You just found your new favorite mystery author.

At 6:30pm we have acclaimed historian Erik Larson (author of The Devil in the White City) will be here for his new book, In the Garden of Beasts : Love, Terror and an American Family in Hitler's Berlin. In its glowing review of the book The New York Times says the book is "by far his best and most enthralling work of novelistic history." We agree! its a gripping read and Mr. Larson is a fascinating presenter. 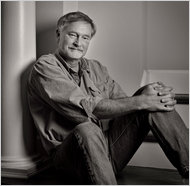 These will likely be two of the most talked about books of the year. Don't miss your chance to meet these authors and hear them talk about their work.

In a Ship of Her Own Making- Catherynne Valente's Magical World


“A GLORIOUS BALANCING ACT BETWEEN MODERNISM AND THE VICTORIAN FAIRY TALE, DONE WITH HEART AND WISDOM.” -- Neil Gaiman, Newbery Award-winning author of The Graveyard Book 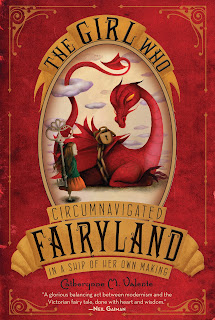 Author Catherynne Valente may claim she's not September, The Girl Who Circumnavigated Fairyland, but as the narrator she has taken us all on a whirlwind, magical journey. A story about growing up, a story she would have wanted to read, a story so well rendered and enjoyed that it reminds us what makes "a story" so extraordinary!

Valente will be at our store May 23rd at 7pm, with musical accompaniment to set the mood of wonderment as we circumnavigate her brilliant new novel!

Our staff member Monica had an interview with the creator of Fairyland:


1. The Girl Who Circumnavigated Fairyland in a Ship of Her Own Making is, as some readers may know, a book you originally published as an online serial. How do you think the serial nature of the writing influenced the form and content of the book?

It certainly led to that time-tested structure of having chapters end with a revelation or a tantalizing glimpse of something yet to come. Since I couldn’t go back and change anything, it also made me outline ahead of time and plot much more tightly than I usually do. At no point could I go back and tweak a detail to make later acts make more sense or have more symmetry. Like serial (and comic) writers have for ages, I was stuck with what I had.

I stayed 1-3 chapters ahead of the posting schedule the whole time, in case I made egregious mistakes, and I had the overall plot, including the final revelations, planned out far in advance. It was exciting to see people’s reactions to the events in Fairyland week after week, and really, an extraordinarily pleasant writing experience. It felt like play, for the sheer fun and joy of writing--in front of a very, very large audience, of course.

2. Various reviews have made connections between The Girl Who Circumnavigated Fairyland… and classic books like the works of L. Frank Baum, J R. R. Tolkien’s Lord of the Rings, C. S. Lewis’s Chronicles of Narnia, and J. M. Barrie’s Peter Pan. Were these early twentieth century books influential in your childhood? Or in your adulthood? Which others would you recommend?

Oh, absolutely. It’s hard to miss the very specific engagement with the themes of Narnia at some points, because they are absolutely intentional. I adored Baum and Lewis as a child, words cannot express my love of Peter Pan, (I know Wendy is given a rotten deal, made to be everyone’s mother, but I never saw myself as Wendy, always as Pan, and I think I am not alone among little girls), and I was a Quenya-spouting LOTR geek by high school. Alice Through the Looking Glass, Seaward, The Phantom Tollbooth, The Neverending Story (book, not film, though I do love the film) The Secret Country trilogy, and McKinley’s Beauty are also favorites.

But many of the classics left me troubled at various points, particularly their treatment of women and girls. The girls are mothering types or victims or just absent entirely, or else they are marked exceptions to women’s “true” nature, or else they are punished, essentially, for being female. That was always a lot for me to swallow as a young reader, as well as the beloved trope of entering the magical kingdom only to be forced back into your normal life like nothing extraordinary ever happened. When I set out to write a book your younger readers, I tried to write something that I would have wanted to read, that would have been what I needed at that age, when all the books around me were telling me that there were only so many ways for me to have an adventure.

3. Most of your published works are adult novels. How was it different to write for a younger audience?

Seriously. On a technical level there’s a lot of shortening my sentences, using less complex words (although I refuse to talk down to kids, especially in the age of your phone being able to tell you what any word means, so there are some fabulous vocabulary prizes in Fairyland), and making the plot move at a faster pace.

Reviews have made note of the direct address going on in Fairyland, where the narrator speaks to the audience--sometimes the child audience, sometimes the imagined parent reading to a child. I did this because a. I think it’s awesome and the original idea of Fairyland was to imitate older children’s books where they did it all the time and b. because it was a way to break the fourth wall and level with the readers, to tell them exactly what I wanted them to pay attention to. I think this helps with younger readers, to draw them in--it’s like a magician showing both her hands are empty before producing the rabbit.

Someone once asked me if I was September, if I saw her as a young version of me. If she was my authorial insert. If not her, who was “I” in Fairyland? I just smiled and said: “Of course I’m not September. I’m the narrator.”

4. You have a sequel planned with September as a teenager. Can you give us any hint about what’s in store for her?

Sure! The sequel concentrates on the fate of September’s shadow, and the mischief she got up to in the underground kingdom of Fairyland-Below after September went home. There will be dark magic and night-dodos and Winds who are Not At All Green and Mad Inventors and a peculiar kind of love triangle and at least one large tiger.

5. What do you wish someone would ask you about this book?
I’m not sure. I can tell you that what I want to say about it is that Fairyland was written with so much love, not only for September and her friends, not only for Fairyland itself, but for the children who would one day read it, and the adults who would find strength in it, and for the little girl I used to be, who looked up from all those beautiful books and said: “Someday I want to tell stories, too.”