Know any teen writers who would love to know more about the publishing industry?
Pulse It has partnered with Wattpad.com for a teen writing contest featuring bestselling author Lisa McMann. Wattpad, “the world’s most popular e-book community”, is an online & mobile social networking site where members are able write and share their stories & novels. Members can also rate stories and create a library.
Wattpad’s Stats:
10 Million members worldwide
100,000 story submissions per month
Over 1 million app downloads per month
39,000 Facebook Fans
6,600 Twitter followers
The Contest:
To enter teens must to become a member of the Pulse It and Wattpad communities. Lisa McMann has written a prompt—the first few lines of a story—that users must finish in 2,500 words or less. The contest runs from July 15th to September 15th and the winner will be chosen & announced by Lisa McMann through Wattpad.com and Pulse It. Throughout the promotion, additional content will be released, including videos and excerpts from Lisa McMann’s books: The Unwanteds and Dead To You.  The winner will be flown to NYC and visit the S&S offices to get the inside scoop on publishing.
If you know any teen writers, let them know about this awesome opportunity!
at 11:22 AM No comments:

Musicals Based on Books... and an Upcoming Author Visit!

At 6:30 PM this Friday, July 29th, we will be visited by Misha Berson, author of "Something's Coming, Something Good: West Side Story and the American Imagination." As luck would have it, TPB staffer Kestrel recently read an article all about musicals! Read what she had to say below:
A great way to really immerse yourself into a reading experience is to read a book, then listen to (or go see live) the musical adapted from it. Last week, wordandfilm.com put together a great list of the 10 best musicals based on books. A few personal favorites are mentioned, including Wicked by Gregory Maguire, which is a lovely book and a smashing Stephen Schwartz musical, and the memoir of Seattle's own Gypsy Rose Lee, adapted by Jule Styne, Stephen Sondheim, and Arthur Laurents into one of the greatest musicals of all time, Gypsy. The list mentions more great shows, but here are a few they forgot:

Voltaire's hilarious Candide was transformed into an equally entertaining musical by the great Leonard Bernstein. Bernstein's overture is probably the greatest in all of musical theater, and then of course there is the nearly impossible-to-sing “Glitter and be Gay” (Kristen Chenoweth does a pretty awesome job though) but my absolute favorite is the finale “Make Our Garden Grow.”

And how could they forget Show Boat?! The classic show by Oscar Hammerstein II and Jerome Kern based on the novel of the same name by Edna Ferber. I'm sure most anyone could hum the tune of “Ol' Man River,” (though maybe not in the original key!) but I also love “Can't Help Loving That Man.”
Seattle’s Intiman developed Elizabeth Spencer’s short story “The Light in the Piazza” into a Tony Award winning musical that features some of the most beautiful music in modern musical theater (in my opinion).

Andrew Lloyd Weber converted Wilkie Collins’ novel The Woman in White into a walloping flop of a musical, but the original novel is a wonderful example of a Victorian thriller, from one of the world’s first crime novelists.
And let’s not forget Mary Poppins, based on the children’s stories by P.L. Travers, and of course The Wizard of Oz, based on L. Frank Baum’s beloved books. And I must mention Frank Loesser’s Guys and Dolls, based on the short stories of Damon Runyon. Can you think of any others? Comment here, on Facebook, or send us a tweet @ThirdPlaceBooks!
Make sure to come see Misha Berson discuss her book on Friday!
at 12:06 PM 1 comment:

On July 31st, we will be hosting six local YA authors: Kimberly Derting, Lisa Schroeder, Mandy Hubbard, Suzanne Young, Eileen Cook, and Cat Patrick. Each will discuss her latest novel and we'll have treats and prizes, too! Check out the exciting trailers below or click on each book title to read more on our website.
Desires of the Dead by Kimberly Derting

The Day Before by Lisa Schroeder
Ripple by Mandy Hubbard
A trailer was unavailable for this book, but read an awesome review at http://blog.figment.com/2011/07/21/ripple-by-mandy-hubbard/

A Need So Beautiful by Suzanne Young
The Education of Hailey Kendrick by Eileen Cook
A trailer was unavailable for this book, but read more about the book at the author's website: http://www.eileencook.com/
Forgotten by Cat Patrick
Come see these authors at Third Place on July 31st at 4PM!
at 1:38 PM No comments:

On Saturday, July 16th, Third Place Books staffers Emily, Wendy and Erin participated in two local events, the Chelan Man and Warrior Dash.
Emily's race, The Chelan Man, is a weekend full of racing activities held at Lakeside Park in Chelan. The challenges range from a Splash'N'Dash to a Half Ironman. Read more about the race at http://chelanman.com/


Emily completed the Olympic Triathalon in 3 hours, 8 minutes and 9 seconds. She went with 20 other people that had also raced with her in Hawaii. This was a great addition, she says, since “both the bike leg and the run were out and back so I got to see everyone I knew multiple times.” One annoyance? “It rained. That was wrong, since it's not supposed to rain in Chelan in July.”

While Emily was racing in the rain, Wendy and Erin were at the Warrior Dash, an annual 3.5 mile obstacle course race held in North Bend. (Read more at http://warriordash.com/ ) They made their way past fences, braved barbed wire, jumped over cars, dodged hanging tires, crab walked over nets, navigated a balance beam and slogged through a dark pit of “horrible mud that almost sucked your shoes off.” There was even one section of jumping over flames! Amazing.
Erin's favorite aspect of the race was “being really, really dirty,” saying that it was the muddiest she's ever been. Wendy would have liked tougher obstacles. “It'd be cool if they had five walls back to back,” she explained. “The wall was my favorite, for sure.”
Wendy summed up by saying, “the race had people from all walks of life, all age ranges, all fitness levels – it was more about personal achievement.” Personal achievement, indeed!
We love having superstar athletes in our midst. Great job, you three!
at 1:34 PM No comments:

Author and Pacific Northwest Booksellers Association award winner Karl Marlantes will be at Third Place Books on July 25th for the LFP Reads program. The Third Place Literary Book Club will be discussing his book at 7 pm. LFP Reads will be hosting additional events on July 28th and August 4th.

"Thirty years in the making, this novel of the Vietnam combat experience is gritty, intense, and captivating from the first page. The riveting narrative takes the reader up and down the chain of command, creating empathy with nearly every character. Marlantes deftly demonstrates the ripple effect that small decisions can have, often to the detriment of those they were meant to help." - Emily

If you would like to pre-order Karl Marlantes' upcoming book, What It Is Like to Go to War, head over to the Third Place website. Karl Marlantes will be at Third Place on July 25th - mark your calendars!
at 1:49 PM No comments: 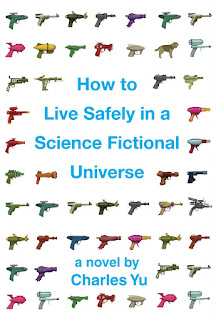