On This Day In (Literary) History 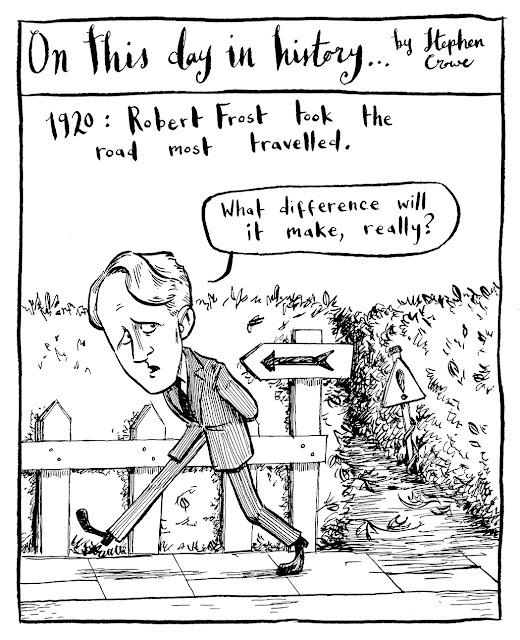 Labels: On this day in history, Robert Frost
Email ThisBlogThis!Share to TwitterShare to FacebookShare to Pinterest

I Think You Forgot Something: L.J. Davis

In an interview on KCRW's Bookworm, Lydia Millet says "humor is about objectification…I have to have the freedom to objectify because of the distancing that always happens when you objectify something. Distance is created that then can be brought back and telescoped into the too-closeness of communion. The idea that we can step out of ourselves and be with others in some fundamental way, the impossibility of that is also present." It's a balancing act few pull off well because, as Millet later goes on to say, "that kind of humor only works when the humorist loves the thing he/she objectifies, that if not handled lovingly, it is simply cruelty." In her inimitable style, Millet perfectly expresses what is so appealing to me in satire or subversive humor. 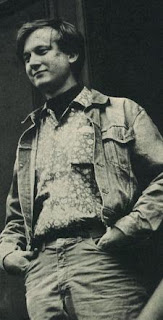 This idea and the high-wire act it demands is present in all of L.J. Davis's fiction. The author of four novels first published between 1968 and 1974 (all but one of which, preposterously, is out of print), he was seemingly fascinated by the threat gentrification can pose to the working-class. Tossing well-intentioned, if somewhat self-indulgent, social misfits into the lion's den of  capitalism and alcoholism (synonymous conditions in his work), as well as grimace-inducing look at misogyny and perceptions of race. Davis's characters are men who drowsily saunter after the American dream, hellbent on the simplest of things: a nice place to hang their hat and an occasionally nice girl on whom to hang it. If this description paints the characters as a touch hypocritical, it's not by accident. Blithe can be charming but it is navel-gazing as well. Davis's characters tend to be overly sensitive but defensive men; they are victims but oftentimes that victimhood is borne of their own solipsistic demands. Lena Dunham with a John Wayne complex, perhaps.

Lowell Lake, the protagonist of A Meaningful Life (the one work still in
print), evaluating his marriage:

The old dim pleasantness had departed from their dealings as completely as if there'd never been any to begin with, but a peculiar side effect of this development was that Lowell found himself interested in his wife's personality. He couldn't remember a time when he'd been so interested in it, not even in college, when what had principally interested him had been her ass, if the truth be told, although he had also concerned himself with her personality at least to the extent of finding out whether she had a good one or a bad one. He'd decided she had a good one. Since then he'd thought about it very little except on the infrequent occasions when something seemed to go awry with it, but it always seemed to get fixed pretty quickly, and then it was all okay again, like a table whose wobble had been repaired. The rest of the time it just sort of stood there, a good and serviceable object whose height, width, length, shape color, and approximate density were assumed to be known. You could always count on it; it was exactly the same when you returned as when you left, never mind those phone calls to her mother and the midnight crying fits in the bathroom. It was a good little piece of furniture. For nine years Lowell had been married to a table.

His protagonists move through the novels with absolutely no impulse control, sometimes (mis)guided by a sense of do-goodery, their actions always to the detriment of everyone involved. They are little id-fueled narcissists who "disliked merry people and always suspected there was something wrong with their heads." This past reading of A Meaningful Life, my third, I found myself downright mortified twice but lost count of how many times I laughed out loud. I also found myself squirming through some of his startlingly dry social critique.

Not for everyone, to be sure. But as we move into a new year, the sleepiest time of year for new book releases, and Seattle's weather inflicts its worst on our collective Seasonal Affective Disorder, exploring Davis or one of his contemporaries (Percival Everett's novels, Joy Williams's stories, Michael Robbins's poetry)  could very well be your saving sardonic grace. 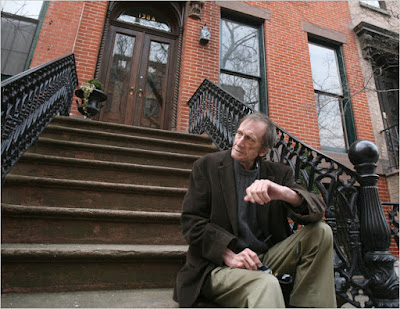 Labels: I Think You Forgot Something, NYRB, Staff Reviews, Suggested Reads
Email ThisBlogThis!Share to TwitterShare to FacebookShare to Pinterest

I've become better at starting early, and pestering my coworkers sooner, and thus producing the Bookseller Top Tens a little earlier with every passing year. Last year, I had them done on January 11th. The year before, on Jan 17th. And the year before that...February 26th. But this year, done on January first. Too good to be true!

He didn't write them.

So, here it is. Ryan's ten favorite books of 2015, complete with the blurbs I wouldn't let him write before.  Sorry, Ryan! 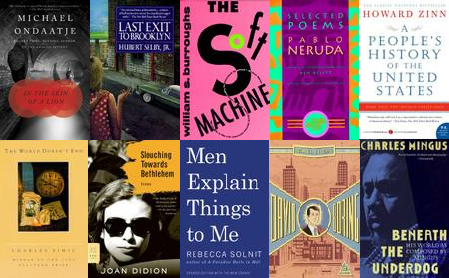 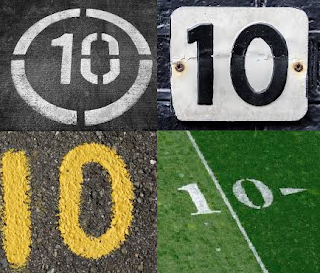 I did it. The top tens before the end of January. And this year, in the format of one really, really, REALLY long post. We've got 28 lists of 280 (or so) great books for you. So, you have some reading to do.

Remember, our top tens do not have to be composed of books published only in the last year. If you read it this year, even if it was written and published 200 years ago, it can be on the list.

Also, new this year, I've consolidated all of our lists into one, giant, mega-top-ten list. The ten favorite books among all of us. Don't worry, all of our lists are available in their entirety after the jump.

The first four titles on the mega list had the most votes. The remaining six all had two votes each, as well as another nine titles. I chose the final six based on how much I heard coworkers talking about these books and what was said. For example, Ancillary Justice made the list over others based on the fact that I know two other booksellers who liked Ancillary Justice, just not quite enough to make their top ten. Negative comments overheard about books also factored in. It's a totally scientific, totally legit process. Trust me. 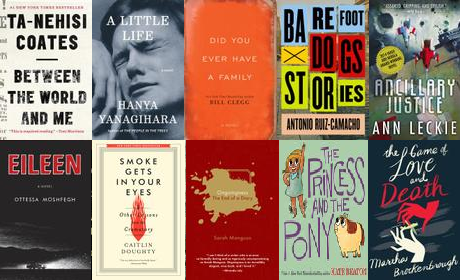