It's been awhile since we've posted some book porn...you know, drool worthy photos of the library you might one day have, the reading nooks you can only imagine in your mind.  Let me tell you a little something about the internet...it will waste your time.  One of the best places to waste that time is on Pinterest.  Don't know what Pinterest is...don't worry.  You're better off to just pretend you've never heard of it and hold on to those 3 hours per day that will be sucked into the vortex that is Pinterest.  If it's already too late for you, have you tried a Pinterest search of bookshelves?  Well, go do it right now...better yet, I'll do it for you...there.  Beautiful, aren't they? 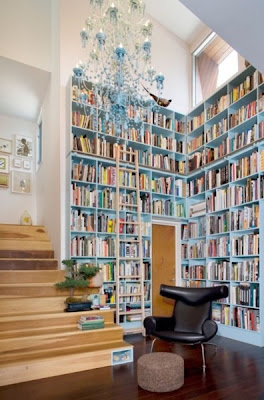 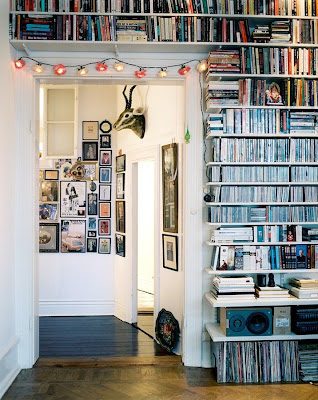 And don't even get me started on book nooks. 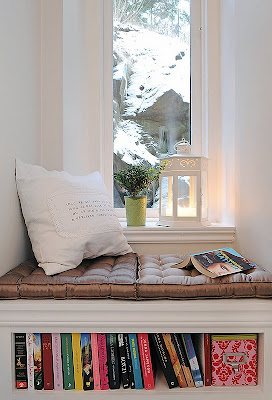 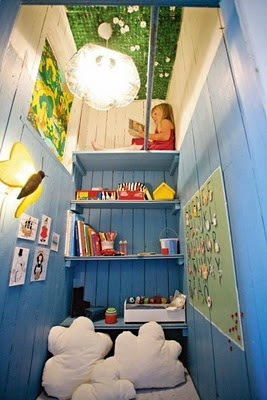 HISTORY - Embers of War: The Fall of an Empire and the Making of America's Vietnam by Fredrik Logevall

GENERAL NONFICTION - Devil in the Grove: Thurgood Marshall, the Groveland Boys, and the Dawn of a New America by Gilbert King

Head here for more information including the journalism winners, and finalists for all categories.  I'm really happy to see Eowyn Ivey's Snow Child as a fiction finalist.  Congratulations to all!
at 12:23 PM No comments: 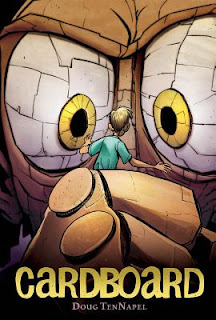 Until recently, if you stumbled into one of Doug TenNapel’s quirky fantasy worlds there’s a good chance that it was through the video game Earthworm Jim or Nickelodeon’s Catscratch. But TenNapel has also worked away valiantly in the graphic novel format for the past 15 years and now seems to have hit the pop culture jackpot with his Cardboard, instantly beloved by librarians and elementary school teachers around the country (nominating it for all sorts of 2012 “best-of” lists). It has also been optioned as a Toby “Spider-Man” Maguire film by the folks behind Ice Age. The fantasy device at the heart of this TenNapel story may feel very familiar, fairytale-familiar in fact: a boy is given a seemingly ordinary object which quickly displays astonishing properties, taking on a life of its own and churning out so much magic that the adventure soon threatens to veer into nightmare territory. But can something as mundane as cardboard ever pass convincingly for magical, you may ask. Yes. Imagination + corrugated paper . . . as every child knows, it’s a simple, foolproof, alchemical formula. Also, even older readers really don’t have much chance resisting the story’s enchantment--TenNapel doesn't play fair and always uses his vibrant illustrations as the jack up his sleeve, his loaded dice.

This is the third of his popular graphic novels published for Scholastic Books (earlier books having come mainly through Image Comics) and aimed at a young audience. The first was Ghostopolis, a story of a troubled boy's journey into the land of the dead. Ghostopolis is an unusually haunting, richly mythopoeic book for TenNapel and might function as a natural stepping stone for kids destined to wander--a few years down the line--into Neil Gaiman territory. Between the release of these two graphic novels, TenNapel produced the energetic adventure story Bad Island. This was something of a cross between Jurassic Park and elements of the original, animated Transformers: The Movie from 1986 (sigh, yes, I'm geeky enough to bring in that reference). 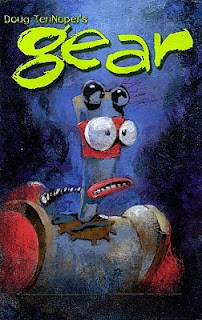 And for the readers who just can't get enough TenNapel, his slightly more mature (i.e. enigmatic and a bit bloody) Gear is something else entirely. Gear was the first of his graphic novels. It is raw and rough-hewn. It's so short on exposition, so unconcerned with being “accessible” that I'd be tempted to call the book uncommerical, except that TenNapel later raided his character cast here to create the Catscratch cartoon. And the artwork is just as bold and gonzo as the story.

On the morning of December 26, 2004, on the southern coast of Sri Lanka, Sonali Deraniyagala lost her parents, her husband, and her two young sons in the tsunami she miraculously survived. In this brave and searingly frank memoir, she describes those first horrifying moments and her long journey since. 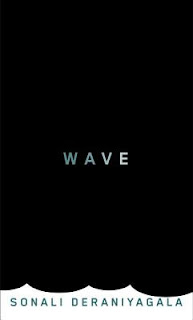 This is the story of a woman who loses everything in the space of a few minutes. The story of a woman who's entire family is ripped from her in a freak tragedy that she somehow survives. It's riveting and harrowing and don't forget, super sad. But, hold on. I know you're saying to yourself, "why would I read such a sad book?" Well, this book is also the remarkable story of a woman who loses everything worth living for, and who chooses to live anyway. Grief, love, hope, loss...yeah, that's all there. But it's the quiet strength of the author that had me entranced and left wondering, would I be that strong?

Beautifully written and well worth the tears
at 1:44 PM No comments: