VV: Take a Stab At It is a good example of what I kind of see as a bit of hyper-realism that approaches fiction. It was a very interesting surprise that happens in the middle of that essay suddenly I found myself in the middle of a ghost story and I didn’t expect it. Your essays made me think of – I had to look it up because I’d forgotten what the term was but now they call it New Journalism, Creative Nonfiction, authors like Didion and Wolfe and Truman Capote – were they a big influence on you? 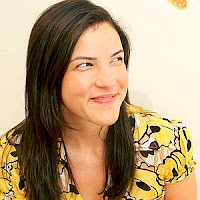 SC: They definitely are. Oh my gosh! They’re so big that that I wouldn’t even name them as influences because I feel almost uncomfortable at all being mentioned in the same breath. It’s not like I was writing and I thought, “Well, God, you know, geez, what did Truman Capote do? Let me look.” And think that I could possibly even pretend to imitate. But I think there’s some sort of subconscious way that they’re influencing me while I write. I try not to read – I read those people or reread works of theirs that I love, you know, God, I mean, Truman Capote, Other Voices, Other Rooms, and Goodbyes and all that and the Didion and stuff like that. But you go back and visit something like Slouching Towards Bethlehem, but afterwards. While you’re writing it, I think it’s important to read the phone book, or the back of cereal boxes—or a big giant novel, or anything, anything else. But yeah, that particular essay, it’s funny, because people have all these tiny little things that seem embarrassing that really aren’t risking that much. And you know? That’s the gamble of the last essay, that’s risking a lot. And that essay you just referenced, Take A Stab At It, is risking a lot because it’s much more risky to say, “I full-on believe I saw a ghost when I was nine and here’s the story,” versus, you know, “Oh, I got caught picking my wedgie in the street.” Wooooooo! It’s not – it’s so funny that the things people think are everyday embarrassments, I don’t feel remotely shy about sharing.
VV: Ah, yes. An Abbreviated Catalog of Tongues. It’s a great title and also the experience of raising countless amounts of animals is really spot on because that’s what happened with me and my family. My mother and my older brother were always having this just obsessive need to have pets around. You know, they did have a lot of pets in the family –
SC: [Laughs.] Oh, they’re family. Don’t confuse, yeah – if you have a loyalist in your household, do not make the mistake of calling them ‘pets’ – they’re brothers and sisters. [Laughs.]
VV: And it was really funny, because, you know, you’d think you’d go through as traumatic an experience as the loss of an animal and then, nope, a few weeks later or a few months later, there’d be a new animal.
Do you own a pet now?

SC: I’m so happy you asked, because I’m proud to be a crazy cat lady. Although I think you’re not a crazy cat lady if you have one. And I do have one, and her name is Mabel. And she was adopted from a family. She was abandoned in an apartment complex in North Carolina and my friend who went to West Point and was stationed at Fort Bragg and was renting out somehow an apartment in this complex and found Mabel as a kitten. She was given birth to by this cat who had been abandoned, I’m sure – and this is not a very interesting story – but the one funny part is that I ended up adopting her and she – you know, if you’re going to get a cat and adopt it, you should have it litter trained by someone who went to West Point.  Because the cat has never done anything wrong. She’s like the most perfectly affectionate, lovely animal, who’s never pissed or shat anywhere otherwise than where she’s meant to. So – it’s not my fault she’s so cute. She was born that way. So that is my story, to answer your question, “Do I have an animal?”
VV: Well, I was wondering if you had been burned out by the whole experience of growing up with animals.
SC: I had a long, long time in which I had no pets, and perfectly happily, so, I mean, obviously through college, and about the first four or five years in New York, and you know, and then I had no intention of getting one, actually, and then she came my way.