Take me out to the Ball Game! 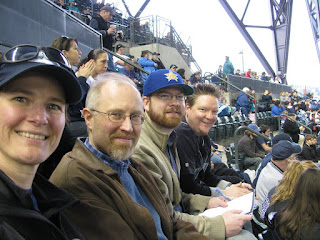 Did you know that Booksellers are real people? That once they leave the stacks, they take their information filled brains and unwind? That's right just like you! One such bookseller is Steve. And also just like you, they unwind by doing the things they like the most, for Steve and a few other booksellers the answer is Baseball! To celebrate the beginning of the season they all ventured out to watch our Mariners! And for your reading pleasure, perhaps for those no-hit, long innings, Steve has assembled some baseball book highlights!


Spring is here again: cherry blossoms, rain showers and of course, baseball! Hope springs eternal and one begins the season with a fresh start and high expectations for the hometown team. Besides the debut of young prospects and the return of experienced veterans, it is also that time of year to check out the new baseball books published this spring and maybe re-visit some timeless classics about America’s pastime. Here are some highlights of what can be found on our shelves now: Leading off is Pitchers of Beer: The Story of the Seattle Rainiers by Dan Raley (Nebraska). A former sportswriter for The Seattle Post-Intelligencer, Raley has written an entertaining and well-researched history of the Pacific Coast League team that captured (and occasionally broke a few) hearts of Seattle baseball fans long before the Seattle Mariners came to town in 1977. Emil Sick of Rainier Brewing bought the minor league Indians in 1937 and renamed them the Rainiers in a bit of shrewd, yet obvious product placement. For the next thirty years, the Rainiers broke PCL attendance records, captured several pennants and became a central fixture of mid-century life in Seattle. Before Felix Hernandez, there was young local pitching phenom, Fred Hutchinson. Before Edgar Martinez, there was Edo Vanni, the face of the team for many years. Before Dave Niehaus, there was Leo Lassen, the radio broadcaster who was the voice of summer and nearly as beloved as the sadly departed Niehaus. Throughout the years, the team had its share of sluggers and aces (and maybe even a goat or two), but the roster was always full of characters. Besides Hutchinson, several other legendary figures from Major League Baseball played a role in the story of the Rainiers at one time or another: Ron Santo, Rogers Hornsby and even Babe Ruth, the Bambino himself. If you are a lifelong Mariners fan, this is a story you need to read—a now overlooked and sometimes forgotten chapter in the history of baseball in the Pacific Northwest and a nostalgic look at a time when minor league baseball was the only game in town. Perhaps you can even raise a glass of the team’s namesake beer in their honor.
Here are another nine baseball books, both old and new, that are definitely worth a spot in your reading line-up for 2011:

Ball Four by Jim Bouton
The once controversial, now classic diary of the ill-fated 1969 season Bouton spent with the expansion Seattle Pilots.

The Boys of Summer by Roger Kahn
The classic and nostalgic memoir of Brooklyn, baseball and those lovable bums--the Dodgers.

Moneyball by Michael Lewis
Economic theory as applied by baseball management to roster construction. Billy Beane and his Athletics of the 1990’s are the focus of this modern classics

Cardboard Gods by Josh Wilker
He captures the experience of growing up obsessed with baseball cards and explores what it means to be a fan of the game.

Willie Mays: The Life, The Legend
by James S. Hirsch
Willie Mays is arguably the greatest player in baseball history, still revered for the passion he brought to the game. He began as a teenager in the Negro Leagues, became a cult hero in New York, and was the headliner in Major League Baseball’s bold expansion to California. He was a blend of power, speed, and stylistic bravado that enraptured fans for more than two decades. Now James Hirsch reveals the man behind the player.

The Baseball Codes by Jason Turbow
In The Baseball Codes, old-timers and all-time greats share their insights into the game’s most hallowed—and least known—traditions. For the learned and the casual baseball fan alike, the result is illuminating and thoroughly entertaining.

The Extra 2% by Jonah Keri
In The Extra 2%, financial journalist and sportswriter Jonah Keri chronicles the remarkable story of one team’s Cinderella journey from divisional doormat to World Series contender.

These featured titles (and the many more on our shelves now) should be enough reading material to keep any baseball fan entertained throughout the days of summer and through the long dark winter of the offseason as well. Play ball! 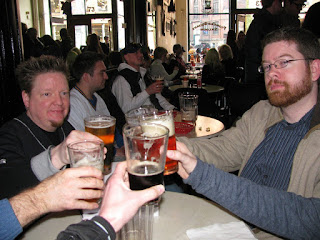