Please Read This Amazing Book: an Ode to the Staff Pick 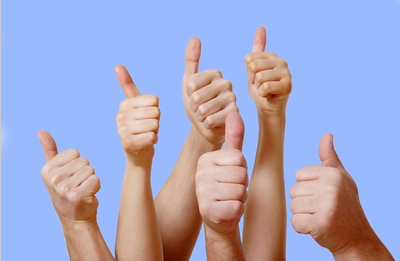 The "Staff Pick" takes on many forms at Third Place. You may see a staff pick as a blog post, or a facebook mention, or a hand-written, "staff pick" card on the shelf in the store. At the Ravenna location, we offer specially chosen staff picks at 20% off every month. And those staff picks are probably a bigger deal to us than the average customer might think. Every month we watch our staff picks like they're our children. We worry that people won't like them. We obsess over whether or not they will sell enough copies to make the bestseller list (like Patti's September pick, Peanut Butter and Cupcake). Some of us may even get slightly competitive and gloat or mope as the occasion demands.


Our monthly staff picks showcase a book we love, and offer it at a discount so you will buy it and love it too. But there's a little bit more to it, and Ami explains it best, "Of course it's about personal taste and favorites, but it's more about highlighting something relatively unknown, a book that might get missed, a book deserving of a lot more attention than it's getting."

For example, Mark staff-picked My American Unhappiness by Dean Bakopoulos when it was released in paperback in July of 2012. We've since sold 168 copies. But before Mark staff-picked it, we had only sold one copy. And at Lake Forest Park, where it isn't staff-picked at all, we've only sold two. If you're keeping score, that's 168 to 3. So our staff picks do have a bit of heft.


But then there are other times when a staff pick turns out to be a dud, and we get skunked.

It happened to Ami last December with I Love Dick, a book that three of us read and loved. But we just couldn't convince people that the book was so much more than its title suggested.

And last month, it happened to me.

I chose Dancer from the Dance by Andrew Holleran. Then nobody bought it and I was devastated. And no, not all of my staff picks are rip-roaring successes, but I took this failure more personally than normal. Perhaps my disappointment was multiplied exponentially by my high regard. I really believed in this book.

But there's a slight hitch. Dancer from the Dance centers around the gay, social, scene of 1970's New York and Fire Island. So a lot of people automatically assume -- "this book isn't meant for me."

And here's what I'm talking about; this is the importance of the staff pick. I've already read it and trust me, this book is for you. Are you a human being, alive? Then it's just not possible that you won't be moved by it in some way.

In hopes that you can't ignore my desperate appeal, I've staff-picked Dancer from the Dance for October too. Please read this remarkable book. It's the best thing I've read all year. I guess I'm asking you to trust me, and go out on a limb. Believe in the power the the Staff Pick. Read Dancer from the Dance. Erin's September (& October) Staff Pick:
Dancer from the Dance by Andrew Holleran
This book is brilliant. And I had never heard of it until accidentally stumbling upon it one day.

I can see why it gets skipped. It says it right there on the front cover, "The classic coming of age gay novel." And I'm sure some people think, "well, I'm not a young gay man, why would it interest me?" But you were young once, right? You've been lost and searching for love. And you've been wild, and reckless, and eager. Isn't that why we read any coming of age story?

So yes, it's "the best gay novel written by anyone of our generation," but it's also one of the best novels, period. This remarkable book is about New York, youth, growing up, and figuring out what we want from this life. But at its heart, it's a novel about one surprisingly tender friendship and the lengths we'll go to to find a place to belong.

Outrageously funny, heartbreaking, lovely, and so, so smart. Read this. You have no idea what you're missing.
at 6:55 PM