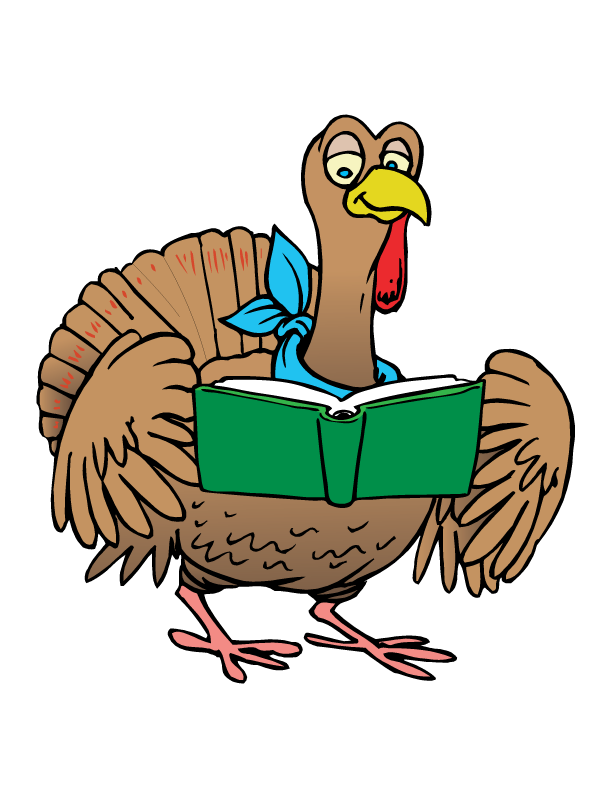 I was getting ready for our latest LoLS (League of Literary Snobbery: Storytime for Grownups at Ravenna) and I wanted to make it Thanksgiving themed. I figured it's November, maybe people want to hear about Thanksgiving. But it proved pretty near impossible to come up with something appropriate. Thanksgiving must be the quintessential back-drop for family angst. Worries about success, trouble with relatives, introducing new significant others to parents and children. How has this holiday not been mined for all its literary worth?

I asked Ami for help, and she found me a great short story by Lorrie Moore...which turned out to be about Christmas. We made this mistake more than once. Another co-worker suggested, "Portrait of an Artist as a Young Man." And I said, "Isn't he Irish?" And then she said, "Oh yeah, they were just eating a turkey." And everything I could come up with turned out to be from a movie. So, this must be why The Everyman Pocket Classics series has collected stories about EVERYTHING, except Thanksgiving.

But we were undaunted, here's a little taste of what we eventually came up with:

Sadly, this one is not easy to get your hands on. Which really bums me out because I love Lousia May (obviously, we are on a fist name basis):

An Old-Fashioned Thanksgiving by Louisa May Alcott

A heartwarming story set in rural New Hampshire in the 1800s. As the Thanksgiving Day festivities are beginning, the Bassetts must leave on an emergency. The two eldest children are in charge of the household--they prepare a holiday meal like they've never had before!

And here are a couple of SUPER angsty, family-ish novels that take place over the Thanksgiving weekend:

As a freak winter storm bears down on an exclusive, affluent suburb in Connecticut, during Thanksgiving 1973, cars skid out of control, men and women swap partners, and their children experiment with sex, drugs, and even suicide. Here two families, the Hoods and the Williamses, come face-to-face with the seething emotions behind the well-clipped lawns of their lives-in a novel widely hailed as a funny, acerbic, and moving hymn to a dazed and confused era of American life.

A modern classic, now in a welcome new edition, Wonder Boys firmly established Michael Chabon as a force to be reckoned with in American fiction. At once a deft parody of the American fame factory and a piercing portrait of young and old desire, this novel introduces two unforgettable characters: Grady Tripp, a former publishing prodigy now lost in a fog of pot and passion and stalled in the midst of his endless second book, and Grady’s student, James Leer, a budding writer obsessed with Hollywood self-destruction and struggling with his own searching heart.

And more recently, this hilarious and heartbreaking novel:

This is what Robert had to say:


Ben Fountain has created a sort of inverted "Odyssey" here where our here, Billy Lynn, comes home from the Iraq War to find yet a whole new catalog of trials and challenges awaiting him and the rest of Bravo Company before they are shipped back to the Gulf. It is a novel that gives us a fresh take on how we view capitalism, materialism, our country, and our military while providing a wonderfully empathetic tragic hero in Billy Lynn, at once a brave , fearless fighting machine while still a very innocent young man.

These next two have very short Thanksgiving scenes, but they are so phenomenal I had to include them. Here, the repercussions from one disastrous Thanksgiving night set this dark, and funny novel on its path towards redemption and hard-won happiness:

May We Be Forgiven  by A.M. Homes

Harold Silver has spent a lifetime watching his younger brother, George, a taller, smarter, and more successful high-flying TV executive, acquire a covetable wife, two kids, and a beautiful home in the suburbs of New York City. But Harry, a historian and Nixon scholar, also knows George has a murderous temper, and when George loses control the result is an act of violence so shocking that both brothers are hurled into entirely new lives in which they both must seek absolution.

Harry finds himself suddenly playing parent to his brother’s two adolescent children, tumbling down the rabbit hole of Internet sex, dealing with aging parents who move through time like travelers on a fantastic voyage. As Harry builds a twenty-first-century family created by choice rather than biology, we become all the more aware of the ways in which our history, both personal and political, can become our destiny and either compel us to repeat our errors or be the catalyst for change.

And last but not least, my very favorite Thanksgiving scene of all the Thanksgiving scenes. It's a flawless mix of humor and melancholy, and it perfectly captures that horrifying feeling of a long put-off visit to a family that lives light years away from one's "real" life:

Dancer from the Dance by Andrew Holleran

One of the most important works of gay literature, this haunting, brilliant novel is a seriocomic remembrance of things past -- and still poignantly present. It depicts the adventures of Malone, a beautiful young man searching for love amid New York's emerging gay scene.