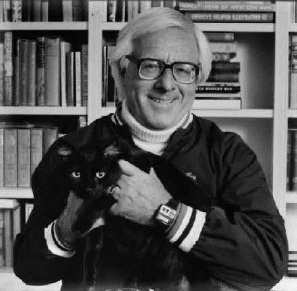 Beloved author, Ray Bradbury, passed away on Tuesday.  A prolific author, his work spanned well-known science fiction classics, humor, and Hollywood screenplays. He received an Oscar nomination for the screen adaptation for John Huston's Moby Dick which starred Gregory Peck. Today is the day to dust off that old copy of Fahrenheit 451 and tuck in for a snuggle with one of the giants of literary science fiction.


Amid the news of such a great loss (one in what seems like a long string of great losses for the reading world),  archaeologists in London have uncovered the remains of the Curtain Theater in London.  The Curtain was a one-time home to Shakespeare's troupe of actors, Lord Chamberlain's Men.  It is thought that such plays as Henry V, and Romeo and Juliet had their debut performances in the "Wooden O" amongst these once lost, now found, old stones. 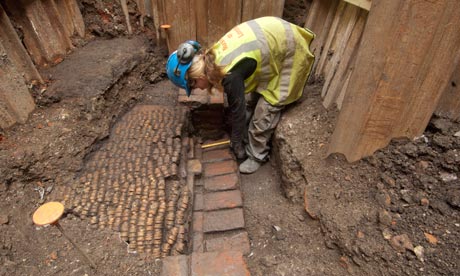