Our Customers Are the Best Customers

One of the great things about working at an independent bookstore are the fabulous, loyal, kind customers.  I have worked at both the big box bookstore and indie bookstores, and there is just something different about indie shoppers.  I'm reminded of that every time I stand behind the counter, but even more so last month.  Maybe the planets were aligned in a particularly fortuitous pattern, but you all were just wonderful last month.  I'll give you three great examples of the superior indie shopper attitude.

Example 1:
One day, a man came in looking for a book.  He had all the information I needed.  The title, author, the ISBN number.  He could tell me what the cover looked like, and even the number of pages and the weights and measurements of it.  Now, it's not a lie when I say that I really do get a kick out of customers who come in with a vague remembrance of what a book looks like, and maybe a word in the title.  Mostly because I enjoy the search, and people are impressed at my "superb" book knowledge/amazing Google skills.  So when this customer gave me all the information, I wasn't exactly disheartened...but I do love the challenge.  At any rate, I commented that he seemed to know an awful lot about this particular book.  He replied, "Oh yeah!  I do things opposite!"  I looked confused, and he went on, "I do all my research on Amazon, and then I come and get the book or order it from you."  I beamed at him and wanted to leap over the counter and give him a giant bear hug.  Luckily I restrained myself, and we went off in search of his treasure.
Example 2:
I was working at the cash register when a women and her daughter approached.  The girl was about 6, and reached up really high to hand me the book over the counter.  Her smile was so big when she told me, " This is my favorite BOOK!"  I asked her if this was for her and she gave me a disparaging look, "I already have THIS book.  This one is for my friend.  It's her birthday and she is having a pool party!"  The girl and I talked about how great birthday parties are, especially pool parties.  We chattered on for a while, her mom very patient.  Most of the transaction took place between me and the 6 year old, mom was just there to hand over the cash.  After they paid, I asked if I could gift wrap it for them, and the mom said, "Please do!" and then let her daughter pick out the paper and the ribbon color.  As I was wrapping, the little girl said, "You're so good at wrapping!"  The mom smiled a wry smile, and I must have glowed from that sweet compliment for at least an hour after.
Example 3:
Some days after the previous instances, I was again at the cash registers ringing up a gentleman who was purchasing a few books.  We had a pleasant encounter and he went on his way.  I was busy doing something else when the same man came back a few moments later.  He asked if we had gift certificates, and I said that we did.  Then he asked if we had them in $50 amounts, and I told them that we could make gift certificates for any amount.  He purchased a $50 gift card and we were finished with the transaction when he hesitated...and told me this story...

Many years ago when he was in graduate school, he stopped at a restaurant for dinner.  When the waitress came to his table and took his order, he told her that what he really wanted was a fillet mignon, but what he could afford was just a hamburger.  The waitress took his hamburger order and went on her way.  When she returned with his food, it was a juicy, delicious, fillet mignon.  "But, I can't afford this, I didn't order this," he said.  The waitress told him that another man had overheard his fillet mignon desires, and that he knew what it was like to want something and not be able to pay for it.  So that anonymous man had paid for the fillet mignon dinner.

After that night, the gentleman told me that one day he wanted to be able to repay the kindness that the anonymous man had shown him.  And so, when he finally found himself in such a position, he often did as that anonymous man had done.  On this particular day, he said that he had seen so many great families out and about, that he just wanted to thank them.  And then he took the gift card that I had rung up for him, and surreptitiously placed it in stroller that was sitting just outside the doors of the store.  That was it.  He walked on, got in his car and left.  The family that owned the stroller was nearby, eating, reading, and playing, and the none the wiser for the kindness that had been shown them.  It was really a lovely thing to see.

So, those are just of the few reasons why I love working in an indie bookstore, and helping indie shoppers.  You know that every dollar counts for us, even if you do your research elsewhere; you have the patience and kindness to teach your kids to love reading, and love the stores and workers you support; and you're just the nicest people I have met in this lovely city.  Cheers, and thanks for shopping indie, and shopping with us.
Posted by Erin B. 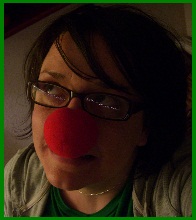