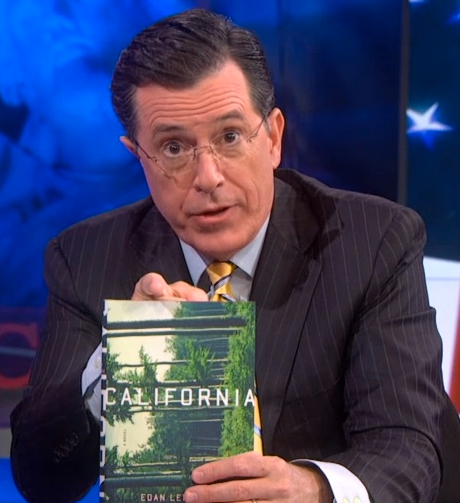 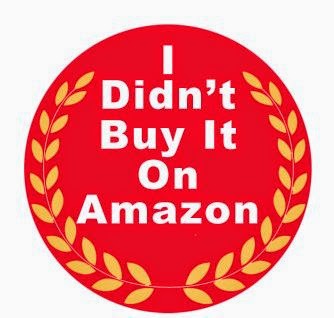 The Hachette-Amazon kerfluffle is heating up, and the King of Outrage has finally weighed in. Last week Stephen Colbert, himself a Hachette author, put his foot down and called Amazon out on their "scorched-earth" tactics used to bend Hachette to their demands.

Amazon's attempts to force Hachette's hand include suggesting alternate books, removing the buy button, delaying shipments, and even raising prices. Additionally, Amazon is refusing to take pre-orders on Hachette titles. Of course this affects huge authors like J.K. Rowling, Malcolm Gladwell and Stephen Colbert, but particularly concerning is what these actions could mean for first-time authors. Amazon is responsible for 40% of all print book sales and their sudden refusal to sell could be catastrophic for new and unknown authors.

But don't worry! Stephen has a plan!

Last week Colbert, and special guest Sherman Alexie, called on the Colbert Nation to pre-order California, the new novel from debut author, Edan Lepucki, through Powell's Books in Portland. After an astounding response that had orders pouring in and crashing Powell's website, Stephen has Colbert-bumped it up a notch. Now he wants California on the New York Times Bestseller list, a feat nearly impossible without the monstrous weight of Amazon. But he's determined, and he's asking you to pre-order California from ANY Independent bookstore.

Lucky for you, we just happen to be an independent bookstore, and we are definitely ready to take your order for California or any other book you might want. Together we can show Amazon that we will not, in the words of Stephen Colbert himself, "lick their Monopoly boot...or any of their Monopoly pieces!" 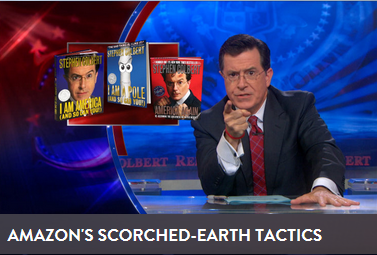 The world Cal and Frida have always known is gone, and they've left the crumbling city of Los Angeles far behind them. They now live in a shack in the wilderness, working side-by-side to make their days tolerable in the face of hardship and isolation. Mourning a past they can't reclaim, they seek solace in each other. But the tentative existence they've built for themselves is thrown into doubt when Frida finds out she's pregnant.

Terrified of the unknown and unsure of their ability to raise a child alone, Cal and Frida set out for the nearest settlement, a guarded and paranoid community with dark secrets. These people can offer them security, but Cal and Frida soon realize this community poses dangers of its own. In this unfamiliar world, where everything and everyone can be perceived as a threat, the couple must quickly decide whom to trust.

A gripping and provocative debut novel by a stunning new talent, California imagines a frighteningly realistic near future, in which clashes between mankind's dark nature and deep-seated resilience force us to question how far we will go to protect the ones we love.
at 6:13 PM