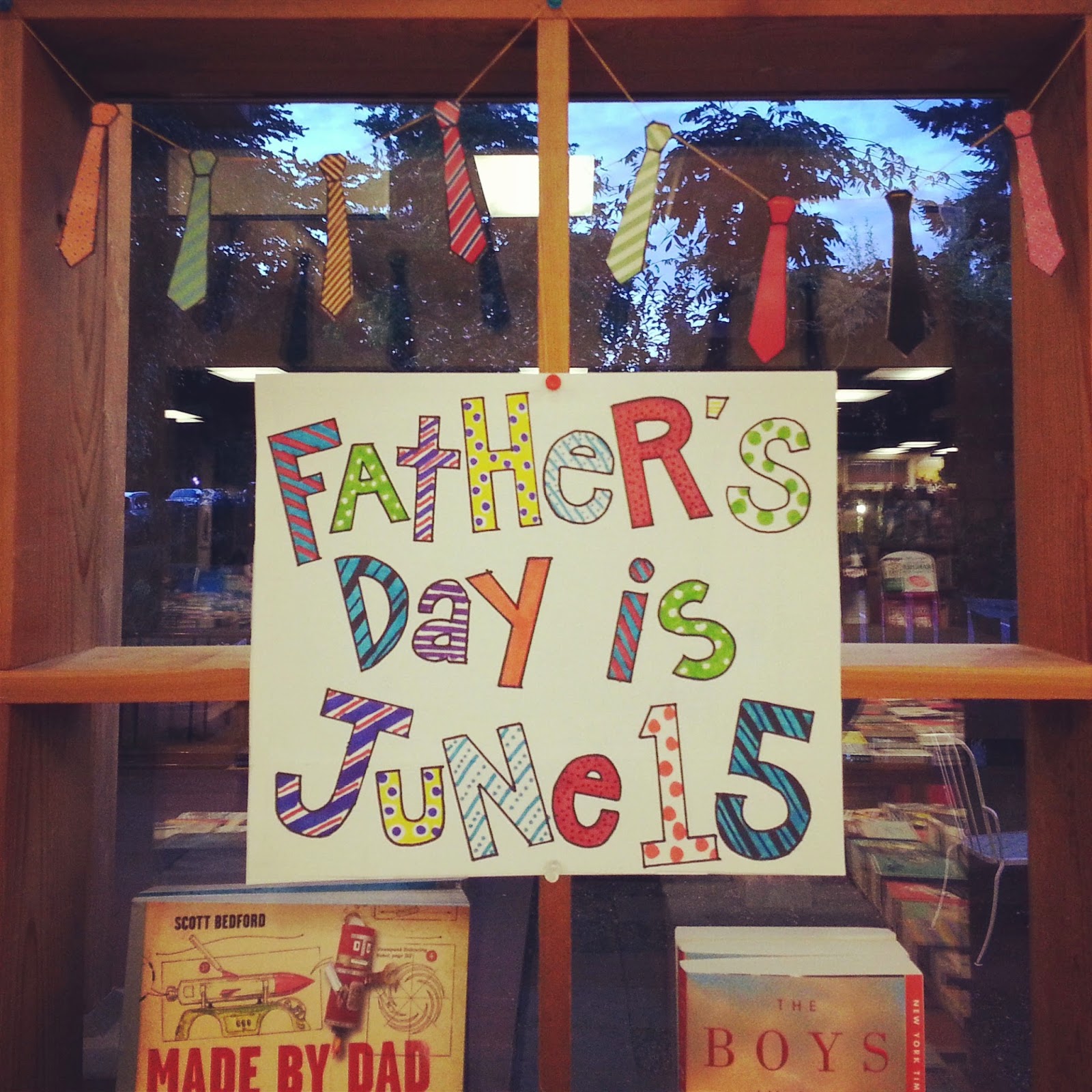 You've got one week until Father's Day.  And we've got plenty of dad-approved book suggestions.  Plus we've got greeting cards, and tons of fun gift ideas. It's one-stop shopping at Third Place. Here are just a few fabulous suggestions.

For the World's Best Dad: Confessions of the World's Best Father by Dave Engledow

Merging a Norman Rockwell aesthetic with a darkly comic sensibility, Dave pairs each side-splittingly funny image with a log entry describing the awkward situation that the World’s Best Father has found himself in. Readers of Sh*t My Dad Says and Awkward Family Photos will devour the artful and hilarious Confessions of the World’s Best Father.

For the Current Events Dad: Capital in the Twenty-First Century by Thomas Picketty
We couldn't keep this one on the shelf with all the hubbub.  But now we've got plenty.  Supply and demand, you know it!

For the Literary Dad:

Stories of Fatherhood by Everyman Library

I have loved all of these perfect collections in Everyman's Pocket Classics Series. The story selection is never what you'd expect.  Nothing obvious or sentimental in these pages, and they just look so nice lined up all together. This particular collection is perfect for new dads, especially those literary, new dads.

For the DIY Dad: Made by Dad: 67 Blueprints for Making Cool Stuff: Projects You Can Build for (and With) Your Kids! by Scott Bedford

From the Snail Soup Can Decoy to keep the candy stash safe to the Customizable Keep Out Sign to deter meddlesome siblings and parents, Bedford presents 67 unique projects that will turn any dad with DIY leanings into a mad scientist hero.

For the Financially Savvy Dad: Flash Boys is about a small group of Wall Street guys who figure out that the U.S. stock market has been rigged for the benefit of insiders and that, post financial crisis, the markets have become not more free but less, and more controlled by the big Wall Street banks. Working at different firms, they come to this realization separately; but after they discover one another, the flash boys band together and set out to reform the financial markets. This they do by creating an exchange in which high-frequency trading source of the most intractable problems will have no advantage whatsoever.

The characters in Flash Boys are fabulous, each completely different from what you think of when you think Wall Street guy. Several have walked away from jobs in the financial sector that paid them millions of dollars a year. From their new vantage point they investigate the big banks, the world s stock exchanges, and high-frequency trading firms as they have never been investigated, and expose the many strange new ways that Wall Street generates profits.

The light that Lewis shines into the darkest corners of the financial world may not be good for your blood pressure, because if you have any contact with the market, even a retirement account, this story is happening to you. But in the end, Flash Boys is an uplifting read. Here are people who have somehow preserved a moral sense in an environment where you don t get paid for that; they have perceived an institutionalized injustice and are willing to go to war to fix it."

For the Stylish Dad:

The Mr. Porter Paperback: The Manual for a Stylish Life by Jeremy Langmead

It's Back!
The second volume of The Mr Porter Paperback is the next must-have title for the modern man looking to get the best out of life. From interviews with style icons and profiles of well-known men to advice on mastering the latest trends, this charming paperback helps define a new generation of men. Editor Jeremy Langmead presents favorite features from MrPorter.com including The Knack, The Look, and Men of Note, alongside new sections: The Gear, The Knowledge, and The Trend. Whether you are looking for tips on how to ace a best man s speech, how to come out strongly in an encounter with a bear, or simply how to perfect your personal style, Mr Porter is a witty and useful guide."

I Am Pilgrim by Terry Hayes

This astonishing debut espionage thriller depicts the collision course between two geniuses, one a tortured hero and one a determined terrorist, in a breakneck story reminiscent of John le Carre and Robert Ludlum at their finest.

PILGRIM is the code name for a world class and legendary secret agent. His adversary is a man known only to the reader as the Saracen. As a young boy, the Saracen barely sees his dissident father beheaded in a Saudi Arabian public square. But the event marks him for life and creates a burning desire to destroy the special relationship between the US and the Kingdom. Everything in the Saracen's life from this moment forward will be in service to jihad.

At the novel's opening, we find ourselves in a seedy hotel near Ground Zero. A woman lies face down in a pool of acid, features melted off her face, teeth missing, fingerprints gone. The room has been sprayed down with DNA-eradicating antiseptic spray. All the techniques are pulled directly from Pilgrim's book, a cult classic of forensic science written under a pen name. In offering the NYPD some casual assistance with the case, Pilgrim gets pulled back into the intelligence underground. What follows is a thriller that jockeys between astonishingly detailed character study and breakneck globetrotting.
at 5:49 PM