On Running and Foundations

Lizzie at Lake Forest Park recently took a trip to Boston. While she was there, she headed out to Walden Pond near Concord, Massachusetts. Maybe it's the air that makes people ruminate when they're around that particular body of water, but ruminate she did. She wrote it up for us, and you can read it below.

"If you have built castles in the air, your work need not be lost; that is where they should be. Now put the foundations under them." 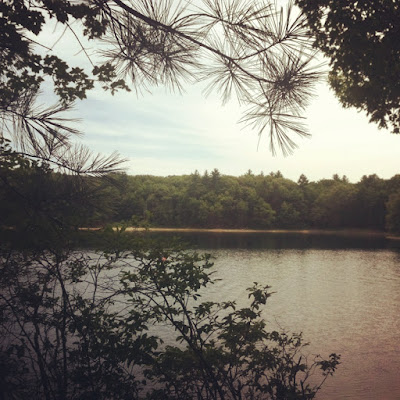 People like to spew the above quote about castles and foundations at young people, especially come graduation time. But what exactly does Thoreau mean by foundation? I always took it to mean one should set up in a place, settle down, and make enough money so that you could have the things you want and do the things you want. I'm beginning to think this is not what Mr. Thoreau had in mind when he spoke of building.

These are the things Thoreau preaches: Nature is good. Practice solitude. Man is wasteful, man is loud, man measures himself against another in futility. Nature teaches all, we must simplify our lives, and we must practice solitude and quiet. Build your foundations so your dreams may be built upon solid ground. Economical habits are held in high regard.

But his thoughts that make me squirm most are about homes and foundations. He wrote of houses, of building, of solid structure.  Beyond basic necessities, Thoreau didn't concern himself much with ownership of physical things. Build yourself, yes, build a foundation for your soul.

Running is a basic form of escapism I've found myself embracing lately. Even at such a place as Walden Pond, my very brain was running; too active, too loud to shut off. I just wanted to look and smell and enjoy and be in the moment.  It's harder than it sounds. Running is the only thing that shuts my brain up, lately. One thinks of running as the antithesis of building a foundation but I'm not certain that's the case. 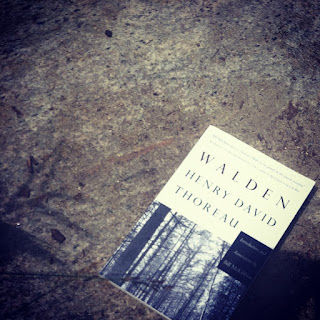 Thoreau's admitted dislike for his "nosy neighbors", and his dismay at what he saw as living in excess, prompted him to reconsider what he wanted his foundation to be and led him to Walden. But let's call it what it is: the man ran away. He went to Walden Pond to escape a certain sort of living, and to avoid building a certain foundation.

I'd only recently done the very same thing. After graduation, I'd all but packed up my life and jumped on a plane, and did not land back on home turf for over a year. And I liked it that way. I learned a new language (bits and pieces of several others) and learned a kind of resilience and independence I'm not sure I could have if I'd stayed close to home.

I didn't have time to read all of Walden sitting on the shore of Walden Pond, but I made time to read one chapter: the Conclusion. It felt fitting. In many ways one part of my life has reached its conclusion, and I must find another path around the pond. Thoreau stayed in his cottage by the pond for only two years, claiming that he'd lived enough of that solitary life, and needed to live another; to keep growing. "It is remarkable how easily and insensibly we fall into a particular route, and make a beaten track for ourselves."

Maybe running away isn't the worst thing for a person can do. Perhaps running, in both senses of the words, was the biggest step I could have made in building my foundation for my castle in the air. It helps to run sometimes, whether around the pond or away from the pond. Maybe we must be alone, and far away, in order to learn. We can take our foundations with us, no matter where we run. So if you ever feel the urge to run, then you run and you run hard. You might find yourself building your castle and the foundation to keep it standing when you do. 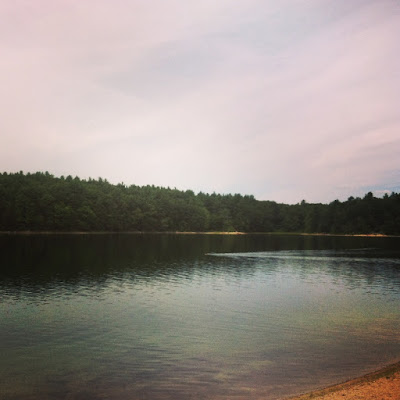