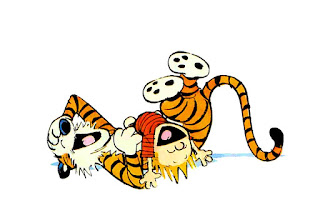 Growing up my father kept a shelf of Calvin and Hobbes collections on a high bookshelf in the back corner of a room we never went into. To get to these books you had to climb onto the back of an old green leather chair, push past dusty office ping pong tournament trophies, avoid the mini darts sitting next to a dartboard, and grab whatever thin Watterson book you could before sliding down the back of the chair into a pile of afghans.

This was my knowledge of graphica.

About a year ago, a good friend of mine suggested I read Watchmen, the classic Alan Moore superhero send up. Coming from a friend with Criterion Collection taste, I borrowed the graphic novel and skeptically sat down to read it. I scoffed at the idea of reading a comic. I was a novel reader. A poetry reader. I didn’t need pictures in my books like some child.

Two days later I was done.

The art enchanted me, the combination of graphics and narrative astounded and confused me; this was a completely new method of storytelling that blew the door wide open on the art of writing as far as I was concerned.

And so with Calvin, Hobbes, and Alan Moore whispering in my head I venture into the confusing, and at times seemingly-impenetrable, world of graphic novels. I knew right from the start that the serialized superhero comic was not for me, despite my good friend Andy’s insistence at a deeper mythology. It's just not for me. But Andy is a persistent man. 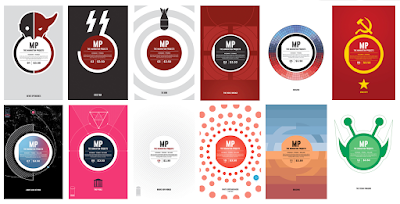 He finally found something on his bookshelf that felt right; that combined my love of slapdash plot with pure insanity in the form of Manhattan Projects. Written by Jonathan Hickman and illustrated by Nick Pitarra, Manhattan Projects follows an alternative history starting at the end of World War II in which the end of the war and the development of the atomic bomb leads to, to put it simply, high concept sci-fi rigmarole.

Without giving too much away, you have the main players in the real-life Manhattan Project: Oppenheimer, Feynman, Fermi, and Einstein, but they are all surreal versions of themselves. The opening of the book posits this question: What if Oppenheimer had an evil twin that destroyed the “real” Oppenheimer? And what if that twin had control of the atomic bomb?

What I found so completely absorbing about MP was its total disregard for, yet amazing respect for, the truth. Hiding underneath the insanity, death, drug-use, and smashing of idols is a tightly written, historically-semi-accurate subplot. The events that unfurl throughout the first couple of books in the series read like a Lewis Carrol’s Wonderland version of United States history.

I devoured these books. I started borrowing them one at a time and then just emptied his collection into my backpack and ran away. Reflecting on my journey into the graphic medium it is easy to see why these grabbed me as firmly as they did. The absurdity of Calvin mixed with the philosophic nature of Hobbes with the sci-fi bent of Watchmen all wrapped in an Adult Swim feel. This was tailor made for me and placed me firmly in the graphic novel fan camp. 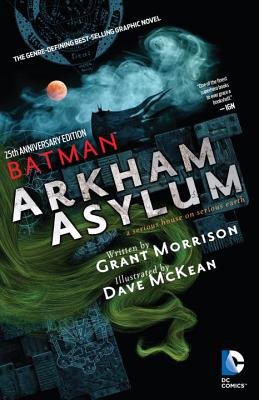 So now I enter into the dark woods of graphic novels with a few key guides at my side. Andy hands me superhero comics to see if they stick along with more high-concept sci-fi (see:Black Science). Coworkers of mine who come at graphica from an artists viewpoint hand me David Clowes, Eleanor Davis, and Chris Ware. Another coworker places in my hands Batman Arkham Asylum, which completely destroyed my view on the “super hero” graphic novel, along with Y The Last Man, which I will probably talk about at a later time.

The graphic novel is not simply a book with pictures, nor is it art with words. It is the perfect merging of those two forms; the culmination of visual and textual storytelling. This descent into graphica and comics feels equally like a descent into madness and a step into a very new and beautiful world.