Brian Castner, author of The Long Walk, will discuss his new, highly anticipated follow-up All the Ways We Kill and Die at our Lake Forest Park Store on Monday, April 4th at 7PM 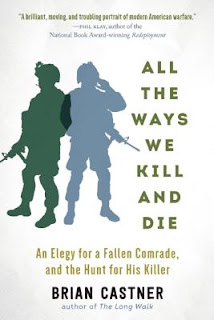 “War cracks people’s lives apart, unmasks the most extreme emotions, fuels the deepest existential questions. Even as the wars in Iraq and Afghanistan morph into shapeless struggles with no clear ends in sight, they have given birth to an extraordinary outpouring of writing that tries to make sense of it all: journalism that has unraveled the back story of how and why America went to war, and also a profusion of stories, novels, memoirs and poems that testify to the day-to-day realities and to the wars’ ever-unspooling human costs.”

Over the past few years many books by ex-military writers have been released to great acclaim. It has become difficult to pick which ones to read. As someone with no close personal ties to anyone in active service, I find the subject deeply fascinating for the very reasons Kakutani mentions.
Former Explosive Ordnance Disposal (EOD) officer Brian Caster is one of the writers featured in the New York Times article. Castner is the best-selling author of The Long Walk, and with his new book, All the Ways We Kill and Die, he solidifies his place as one of the best military authors writing today. 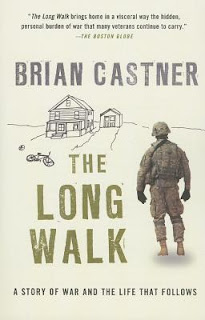 Castner’s first book, The Long Walk, chronicles on his deeply personal account serving three tours of duty in the Middle East as commander of the EOD unit in Iraq. Rather than detailing the specifics of the various campaigns he led, the book focuses primarily on his postwar experience and the psychological struggle he faced returning from war.
His new book, All the Ways We Kill and Die, again draws the reader in by appealing to the pathos of war. In the opening pages we see Castner learn his close friend and EOD-brother has been killed in action in Afghanistan while Brian and his family sit by their Christmas tree at home in Buffalo, New York. The story launches into action from there as Castner, no stranger to such tragedies, becomes obsessed with the question, “Who is the man who killed my friend?”

In telling the story of his friend’s death, Castner profiles the struggling widow, two war amputees, female biometrics engineer, a bomb-maker, a contractor for hire, and, in one of the more fascinating and stunning sections of the book, a drone pilot. With these detailed accounts, the book pieces together the story of “The Engineer,” the man responsible for the bombs. Considerably more technical than his first book (a 7-page glossary in the book helps readers navigate Arabic, military jargon, and acronyms),  All the Ways We Kill and Die is a book that brings readers backstage, intimately unveiling modern warfare in a way that is completely fresh. Castner’s books are a must read for anyone wanting to know more about the real individual lives of the soldiers who fight the wars of today.

Join us at the Lake Forest Park store on Monday April 4 at 7pm to meet Brian Castner.
-Kalani
at 6:04 PM