It's my favorite time of year for reading. Not that I don't read at all other times of the year. It's only that reading October through December is THE BEST time for reading. It's like the sports year, sure, hockey is good all season long, but it's THE BEST during Stanley Cup playoffs.

Nothing is cozier than curling under a blanket, drinking a cup of tea, and reading to the sounds of rain falling and wind scattered leaves. I also like to put my Yule Log on, but you should feel free to light a real fire should you have a fireplace. Admit it, me describing it right now has you contemplating just how many sick days you can get away with.

Since Reading Season Playoffs begin in October, I like to start off with scary books. I've put together a table at the Lake Forest Park Store. Here are a few of the titles on display, come on down and check out the rest...if you dare.

Lilith lyapo awoke from a centuries-long sleep to find herself aboard the vast spaceship of the Oankali. Creatures covered in writhing tentacles, the Oankali had saved every surviving human from a dying, ruined Earth. They healed the planet, cured cancer, increased strength, and were now ready to help Lilith lead her people back to Earth--but for a price.

The Year of Voting Dangerously by Maureen Dowd

Trapped between two candidates with the highest recorded unfavorables, Americans are plunged into The Year of Voting Dangerously. In this perilous and shocking campaign season, Dowd traces the psychologies and pathologies in one of the nastiest and most significant battles of the sexes ever. If America is on the escalator to hell, then this book is the perfect guide for this surreal, insane ride.

White is for Witching by Helen Oyeyemi

There's something strange about the Silver family house in the closed-off town of Dover, England. Grand and cavernous with hidden passages and buried secrets, it's been home to four generations of Silver women Anna, Jennifer, Lily, and now Miranda, who has lived in the house with her twin brother, Eliot, ever since their father converted it to a bed-and-breakfast. The Silver women have always had a strong connection, a pull over one another that reaches across time and space, and when Lily, Miranda's mother, passes away suddenly while on a trip abroad, Miranda begins suffering strange ailments. An eating disorder starves her. She begins hearing voices. When she brings a friend home, Dover's hostility toward outsiders physically manifests within the four walls of the Silver house, and the lives of everyone inside are irrevocably changed.

A Monster Calls by Patrick Ness

At seven minutes past midnight, thirteen-year-old Conor wakes to find a monster outside his bedroom window. But it isn't the monster Conor's been expecting-- he's been expecting the one from his nightmare, the nightmare he's had nearly every night since his mother started her treatments. The monster in his backyard is different. It's ancient. And wild. And it wants something from Conor. Something terrible and dangerous. It wants the truth. From the final idea of award-winning author Siobhan Dowd-- whose premature death from cancer prevented her from writing it herself-- Patrick Ness has spun a haunting and darkly funny novel of mischief, loss, and monsters both real and imagined.

In 2009, award-winning journalist Rebecca Traister started All the Single Ladies about the twenty-first century phenomenon of the American single woman. It was the year the proportion of American women who were married dropped below fifty percent; and the median age of first marriages, which had remained between twenty and twenty-two years old for nearly a century (1890 1980), had risen dramatically to twenty-seven.

But over the course of her vast research and more than a hundred interviews with academics and social scientists and prominent single women, Traister discovered a startling truth: the phenomenon of the single woman in America is not a new one. And historically, when women were given options beyond early heterosexual marriage, the results were massive social change temperance, abolition, secondary education, and more. Today, only twenty percent of Americans are married by age twenty-nine, compared to nearly sixty percent in 1960.

And my favorite literary/author pun... 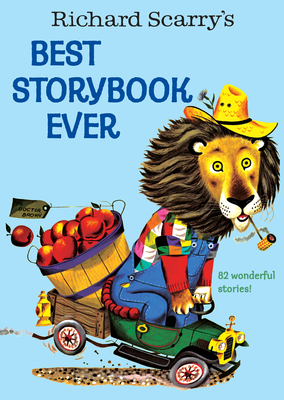