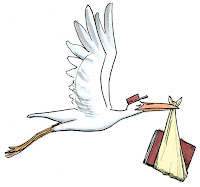 Sometimes the stars align, the planets fall into place, the heavens open, and you fall in love with a book. Nothing is better than that feeling. And then you find out that the author has another book coming out and suddenly you’re swamped by two very different and conflicting emotions. On one hand, you are excited and happy that you get more from a talented writer that speaks to you on a bone-deep level. On the other hand, what if that last book was a fluke? What if the next one doesn’t live up to everything the last book promised?

In 2015, Ottessa Moshfegh released the book Eileen to much fanfare. It was an Indie Next pick, it was short listed for the Man Booker prize and the National Book Critics Circle Award, won the PEN/Hemingway Award for debut fiction, and David Sedaris picked it as his recommended book for his Fall 2016 tour. Basically, Moshfegh knocked it out of the park. We had two separate staff recommendations for it:

“Oh Eileen. You are antisocial, you are untrustworthy, you are selfish and self-hating at the same time. You are obsessive, you are put-upon. The way you live your life makes my skin crawl. So why do I love you so much?” –Anje

“A pretty wild departure from her debut (but equally excellent) novella McGlue, Eileen is a gut-wrenching journey with one of the most intriguing antiheroes I've ever encountered. Darker, complex interior lives of seedy characters are Moshfegh's stock-in-trade but that murkiness shouldn't dissuade potential readers. It is a fearless, compulsively readable novel that reads as if it's on fire.” –Wes 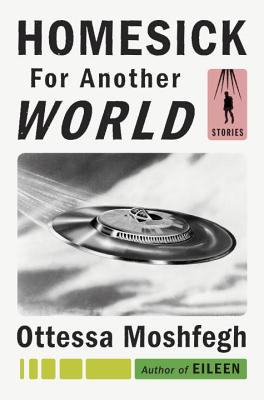 This week, Moshfegh’s new short story collection, Homesick for Another World, is out. And if you think Eileen got a lot of attention, people have been chomping at the bit for this collection. Why? Because Moshfegh is particularly known for her short stories. She’s been published in The Paris Review, The New Yorker and Granta. Her short stories have earned her a Pushcart Prize, an O. Henry Award, the Plimpton Discovery Prize, and a grant from the National Endowment for the Arts.

Moshfegh has been described as our Flannery O’Conner, which is saying something. (Basically that the stories will be weird and awesome.) So if you love a great short story, this collection is for you. If you’re new to short stories, Homesick for Another World is a good place to start. Wes described it as, “The weirdness and darkness of ‘Eileen’ ratcheted up to a ten, to all of our benefits.”

He also sent me this gif, which I assume means, “this book is number one.” You’ll just have to judge for yourself.