Why, Eh? : Adventures of an Adult Reader

A couple months ago I was thrown headfirst into the vast ocean that is YA reading. Instead of choking and drowning in the dark abyss ala Jack Dawson, I found myself happily treading water. Soon after,  I was wandering around the YA aisles when I saw the book A Miseducation of Cameron Post by Emily Danforth. A wonderfully magnificent book that features a young gay girl as the protagonist.


WHAT? This exists?! My entire belief system was rocked. In all my time stumbling around on this earth I never once considered that there would be young adult books with queer protagonists. WHAT HAVE I BEEN MISSING ALL THIS TIME?!  I suddenly felt like Scrooge McDuck, but nicer. I just wanted to fill a room with these books and swim in them all day long whilst happily cackling to myself.

Growing up, finding any positive queer representation in any sort of media was hard enough, let alone in books. In fact, the first queer YA book was published in 1969, a year when homosexuality was still considered a mental disorder by the American Psychatric Association. LGBTQIA+ Americans were barred from government positions, and it was considered criminal in every state but Illinois. Since then the amount of YA queer books has grown from one a year in the 70s, to seven per year in the 90s, and now roughly 50 a year.

Before finding this paradise of inclusivity, much of the media I encountered featured queer characters and themes focusing on the pain and heartbreak that comes with being a gay kid. The general story was always that not everyone is accepting and there are garbage people out there, and sometimes they are the ones closest to you, and yeah it sucks. Its terrible and damaging and frightening and sad.

But these new YA books paint a different picture. They often include the character's "coming out" and their first same sex relationship and it's so cute and nostalgic it makes my teeth rot. The great thing about  reading these now, is seeing that it is seriously okay. You'll find your own family, and you'll find people who love and support you. With all the garbage happening lately, it's critical to show that not every queer story is a tragedy. When the real world is cruel to queer people, especially queer and trans people of color, then it seems even more important to imagine worlds where it is not. It is essential to carve out spaces where being queer and happy are not seen as mutually exclusive. Of course we need stories that represent our struggles, but we also need stories to nourish us, and to comfort us in times of grief and pain. 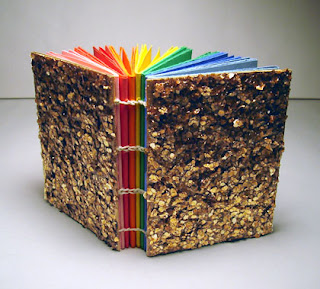 Living in a world, even an imaginary one, centered around heterosexual love perpetuates the false and frankly dangerous belief that heterosexulaity is the norm, and anything else is alien, strange, other. Instead of reinforcing this, we should be eradicating it. There is something immensely powerful in recognizing yourself in all types of media. Diversity in YA provides role models for marginalized teens, but also creates empathy for people different than ourselves. Empathy is such a powerful tool in the fight against intolerance and bigotry. These books help with learning what it means to be a social creature, to understand how and where we fit in society.


YA books are a  microcosm for our society, because they are geared toward the next generation. The changes in YA literature reflect changes in our world. And sexuality isn’t something that springs up on people in their mid twenties. Its something we are born with. When hormones kick in and we all start frantically trying to figure out how our bodies work, queer people are trying to figure out if their longings are important in addition to all the everyday angst. This shouldn't be something queer kids finally stumble upon in their 20s while researching for a blog post. This should be something they get to read about as they're experiencing it. Instead of leaving them out in the cold these books can show them that their longings are universal. They're not lonely or isolated, they're just like everyone else, and they belong.

Bisexual
Far From You by Tess Sharpe
Bi-Normal by M.G Higgins
Not Your Sidekick by C.B. Lee

Intersex
Double Exposure by Bridget Birdsall
None of The Above by I. W. Gregorio