I Think You Forgot Something : William Giraldi

In 2012 the New York Times Sunday Book Review published a very negative (and very hilarious) front-page evisceration of two works by a young, largely unknown fiction writer. The review sparked much debate and launched a thousand tweets about what a book review can or should do. Condemned for being "mean", a descriptor that I personally feel criticism should never pay heed nor extend an ounce of patience, William Giraldi's scathing summation of a novel and collection of stories by Alix Ohlin ruffled many feathers, albeit almost entirely of the twee, "lives in Brooklyn" variety. 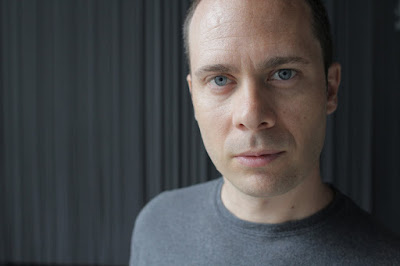 Whether you agree with the review or not, it is inarguably the epitome of modern criticism: it entertains, it informs, and it ultimately saves the savvy reader time, effort, and money. In lambasting Ohlin with dazzling verbosity and originality, he accidentally adds insult to injury with prose that upstages his subject's. In just a handful of columns, he manages to wield his own talents in a way that destroys Ohlin's chances of enduring while cementing his own.

What is most powerful in the review is the obvious chasm in capabilities between reviewer and reviewed - when passages of the examined works are framed by Giraldi's crackling and lacerating wit, they become all the more washed out and painfully flat.

Ohlin:
“Nobody could look their best when lying in a hospital bed after a car accident.”
Giraldi:
"When self pity colludes with self-loathing and solipsism backfires into idealism, the only outcome is insufferable schmaltz."

Nice? Not really. More accomplished? Clearly. What bothered me most about the ensuing debate was not the lack of authenticity from the angry villagers demand for artificial, folded-hands pleasantry in a book review (which certainly rankles) but, selfish bookseller that I am, that the backlash overshadowed Giraldi's utterly brilliant debut novel, published in hardcover the year prior.

The kind of first novel both reader and writer dream about, Busy Monsters is an intelligent, entertaining yarn whose premise nods to the familiar mythologies of fiction we know, love and yearn to experience again. It is a hero's journey narrated by a broken-hearted narcissist in search of the giant squid that is the heart's desire of his heart's desire.  With a protagonist that reads like an Odysseus raised on Mad Magazine and Gawker, it is a novel that proudly recognizes it is slapstick while achieving what high comedy rarely does in in fiction: generates chuckles without feeling broad or dopey. Even when Bigfoot makes a cameo.

With seemingly no interest in the theory of lightning striking twice, his sophomore effort, Hold the Dark, is as enormous a departure as Giraldi could take. The ribaldry and humor of Busy Monsters is replaced by a violent moodiness and sense of dread more in line with Cormac McCarthy than A Confederacy of Dunces. Murder, revenge and a feral landscape all feature prominently but never bog the book down into any genre tropes. In an interview around the time of Hold the Dark's publication, Giraldi said that all worthwhile literature strives to be religion, that it intends to outlive its creator and endure all trends and fads that rear their heads in its wake and it was that soundbite that informed my reading of Hold the Dark. I felt beholden to the book and its holy trinity of atmosphere, plot and tone, each so engrossing I was held in what can only be described as reverence. 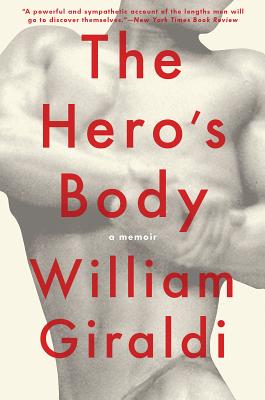 Giraldi's third book, published this past year by W.W. Norton, sees him reaching even further. On paper, a coming-of-age memoir about bodybuilding and motorcycles interests me only slightly more than a 200-page history of the socks you're wearing. Knowing Giraldi and his otherworldly rapturous prose, though, there was really no choice but to give The Hero's Body at least ninety pages of my time. Lo and behold, while the muscle and motor are the narrative's tent poles it is far more than this: it is a moving examination of a soul's evolution, one that searches for a balance and reason. Not just in a flat, presumptuous summary of gender division but by subjectively exploring the fallacies and many stripes of masculinity outside textbook definition:

The psychodynamics are not hard to untie: the vauntingly masculine and competitive are always trying to silence that inner whisper saying You're not man enough. It didn't occur to them, as it never occurred to my adolescent self, that a ranting masculinity is often the inverse of what it purports to be... The male bodybuilder and the female anorexic are equal through opposite manifestations of steady social arm-twisting. Women will be thin, men will be muscular, or both will be nobody.

What I find most striking is his ability to take such a seemingly surreal, typically caricatural world and translate it into one of pragmatic contemplation.

Much of my life I have been (all in good jest, I'm sure) given a hard time for my concentration on art that concerns itself with the interior lives of women; rarely finding myself drawn to work that focuses on the traditional male perspective. Plots or writers that emphasize overt boyishness or even remotely imply machismo tend to make me roll my eyes so hard my mother's voice rings in my ears: "One day they're going to get stuck like that." 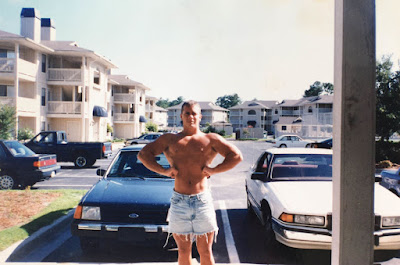 My matronly tastes is in direct opposition of all this bombastic masculinity Giraldi's jacket copy implies and what, quite honestly, on paper looks like plain old white maleness more synonymous with Kurt Vonnegut or Tom Robbins than I can usually stomach. But maybe it is just that: Giraldi's prose, an award-worthy mixture of punch and good old-fashioned lyricism, illuminates some strange corner of my psyche that when lit, like the protagonist of Busy Monsters, I find myself attracted to something that repulses me and discover it actually provides comfort in a surprising, unexpected way.

The books vacillate wildly in tone and provide that comfort I seek in a book. Boiled down to the simplest of meanings, they are each about the things for which we all search: love, justice, meaning itself. And great literature.