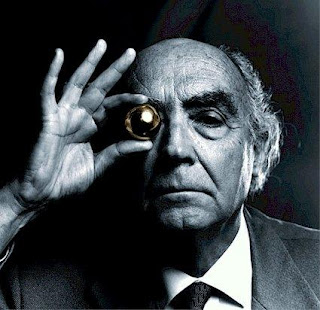 José de Sousa Saramago, the prolific Portuguese writer and Nobel Prize winner, died last Friday, June 18th, at the age of 88. Saramago is well-known for style, an intersection of the whimsical, fantastical and historical (as in Baltasar & Blimunda), and his hypothetical novels which explore large ideas played against society in an unnamed place (Blindness in which an entire city is struck blind, and Death With Interruptions where Death takes a vacation, leading a momentarily thrilled country very shortly in chaos.)

We are looking forward to this September for The Elephant's Journey, a posthumously published novel,  as well as the promise of works that have not yet been translated into English. Until then, take a look at Saramago's Notebook, a collection of erudite and thoughtful essay-ettes written for a blog during the course of one year.


Saramago is widely considered to be a master of postmodern prose, and has done much to bring Portuguese literature to international attention. He will be sorely missed.
at 11:30 AM