Why I read Old Books 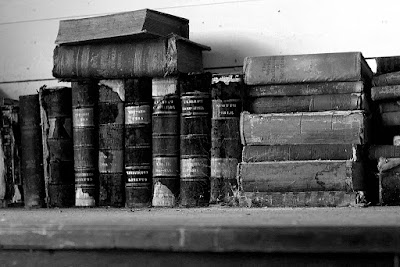 I rarely read new books. Two or three a year might make the cut if they sound too good to miss (please keep writing, Marilynne Robinson), but the vast majority of my diet is drawn from the books of the dead. In part there is a simple reason for this, rooted in my unusually high capacity for both pickiness and laziness. Most of the worst old books have been weeded out by the passage of time, leaving a well-tended garden of excellent reading. New books, on the other hand, can be a thankless slog through mediocrity. I'll never get back the time I spent reading White Teeth. And all that Ian McEwan! It was like the literary equivalent of white noise.

But there's another reason I love old books that extends even to the ones that aren't that good. Novelistic clichés can be found in any era, but it's the ones from the present time that bother me the most: upper-middle class academics having affairs; young people making pop-culture references, anything described as 'off-beat'... I once began a book in which the protagonist was an artist living in New York with a sister who was a writer in London. I threw it against the wall after three pages.

But by a magical process similar to the beneficent aging of wine and cheese, the same kind of offhand, thoughtless writing in an old book is transformed into fascinating cultural detail. Here is a real, sincerely-delivered line of dialogue from John Buchan's The Three Hostages (1924): "He's a first-class sportsman and said to be the best shot in England after His Majesty." What a great line. If that book had been written today, I'd have to say the author was a satirical genius. It's like reading an adventure story written by Bertie Wooster.


There's a short story by Jorge Borges called "Pierre Menard, Author of the Quixote," in which the narrator reviews an entirely faithful recreation, by a contemporary French writer, of Cervantes' Don Quixote. "Cervantes’ text and Menard’s are verbally identical," writes the critic, "but the second is almost infinitely richer." It's a conceit that plays on the fact that any book is enriched in complexity and subtlety merely by the passage of time. Reading old books, we all become Pierre Menards, recreating them in the light of our own times. Even the best historical fiction can only emulate the way people thought in another time and place; only actual historical books can offer the real thing.

What often stand out are outdated prejudices. Jules Verne's Around the World in Eighty Days (1889) portrays a world in which all English people are emotionless robots and no American bats an eye at dueling on a moving train. Comparing H. Rider Haggard's King Solomon's Mines (1885) with John Buchan's 1910 African-adventure novel Prester John (which reads like a colonial Mein Kampf) is to witness the invention of the racist logic of Apartheid before your eyes.

But you can gain insights, too, that are difficult to find anywhere else. In Cause for Alarm (1937) and his other pre-war thrillers, Eric Ambler dramatized his anxiety about the spread of fascism. The Weimar-era stories of Christopher Isherwood mention very little about fascism, but they offer a window on a society that was all too short-lived.

So go buy an old book! They're cheaper, too.