The Presidential election is 2016 is slowly but surely killing me. The will to engage in any discourse on the political spectrum has left. Last November I was full to the brim with righteous anger and ready to match, nay, overpower all the sexism and bigotry I witnessed with my feminism and tolerance. Now I'm just resigned to, "If you sexism me, I will feminist you."

Unfortunately, I shelve the Political Science section, and escape is not that easy.

I watched Ben Carson's book America the Beautiful : Rediscovering What Made This Nation Great,  slowly rot on my shelves, itching for the moment I could tuck them away in the back where I could forget about their sad existence. 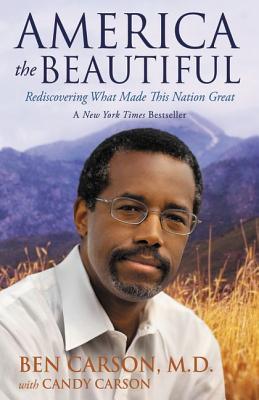 I watched a solid handful of books about why Hillary is a sign of the apocalypse/Satan's spawn, why she is a faux feminist, etc. My favorite is this one with a neon yellow and pink cover called Unlikable by Edward Klein. Mostly because all it does is make me think of the theme song for The Unbreakable Kimmy Schmidt (just substitute Unbreakable for Unlikable and you're all set) which puts more spring in my step than anything in that section these days.

Someone should talk to Hillary's team about adapting that song as her campaign theme.

We as a bookstore carry books that have all sorts of ideas, political leanings and mantras. We endorse no one. But we do believe in representation and edification. Therefore, when ALL the presidential candidates release books (all 666 of them), we carry them in our store. Each and every one. We had a multitude of copies of A Time for Truth by Ted Cruz for a long time. And I dutifully made room for it on my shelves.

And yet, for weeks on end, whenever I went to Political Science to put out new arrivals, someone had placed Ted Cruz's book on display. And every time, I put it back on the shelf where they belong, readjusting my poor abused David Axelrod political bio. The next week someone retaliated by displaying a copy of Hard Choices in front of my display of Charles Krauthammer's book.

FIRST of all, 65% of the time what is displayed depends on how many copies we receive. If we get ten copies of a Kissinger book, it goes on display, no matter what I feel about it. The other 35% is whatever underdog I'm trying to give a boost to, or what cover is cooler. Marketing, man.

SECOND of all, even if you put a copy of Hard Choices on display in the Political Science area hoping to inspire someone to purchase said book, while I respect your choice of candidate, Hard Choices lives in the biography section. When someone stashes it somewhere it doesn't belong, some poor soul who REALLY wants to read Hillary's bio won't be able to find it.

And when other people start deciding where things go, it makes it difficult, nigh impossible, to locate books. Think of my shelving decisions as a dictatorship.

For the political minded whose minds are being melted by the 2016 Election, or if you can't find the political book you want to read because someone moved it, I give you a recommended reading list:


Or: How Thomas Cromwell did a bang up job placating Henry Tudor and getting him a different wife and literally everything he wanted until he didn't want it anymore. It's still less confusing than this election.

Or, alternatively, if you've already jumped on the Wolf Hall bandwagon and/or are sick of the fascination with Tudor England, Mantel's book about the French Revolution, A Place of Greater Safety, is equally as good, while slightly more confusing. Though I maintain that the French Revolution is still not as terrible as this election.


Short. Brutal. Important. Tragic.
Feminism is important. Women and girls are still being slaughtered all over the world because they are not men. Sexism is not dead. Because it's still killing women.

It's Dickensian and Dystopian. And get this--it's not young adult! Vyleta does an admirable job of exploring the nuances of human morality and our "sinful" nature through the premise that the human body literally smokes when it sins.

Lusting after your neighbor's wife? Smoke erupts from your body (it's color coded, by the way).
Greedy for the coins in your friend's hand? Soot stains the armpits of your shirt.
In the theme of this miserable election, just envision Donald Trump smoking every time he lies.


By turns enlightening, hilarious and deeply moving, Lindy West is an important voice in the media these days. She came to our store to promote her book, and her first question from the audience was: What do you think we can expect from the 2016 election?
Lindy: Literally, I have no idea, and I don't even want to think about it.
Me neither, Lindy. Me neither.

Yes, I'm obsessed with the musical. But that's completely beside the point. I was browsing my social media, and this beautiful tumbr post popped up: Alexander Hamilton would have torn Donald Trump to pieces by now and also publicly humiliated him on multiple occasions. Read the book to find out how. Or just listen to the Cabinet Battles tracks on the soundtrack. Either way, it's a nice fantasy to live in.