To coincide with our Reading the World table and with Spain's FIFA World Cup victory, we've decided it's the perfect time to travel via armchair to España. Grab yourself a glass of sangria and a spot in the sun for a late afternoon read.

Let us begin with the long-time favorite Arturo Perez-Reverte, whose newest novel, The Cavalier in the Yellow Doublet, is a part of his historical Captain Alatriste series. (I couldn't resist this debonair picture of the author.) Award-winning Antonio Munoz Molina's In Her Absence was on our translation table two years ago, and his novel Sepharad uses the Sephardic diaspora, the Holocaust, and Stain's purges as a lens through which to read the twentieth century.

Carlos Ruiz Zafon's novel Angel's Game, the sequel to his bestselling Shadow of the Wind, has just been released in paperback, and has just published a children's book, The Prince of Mist, as well! 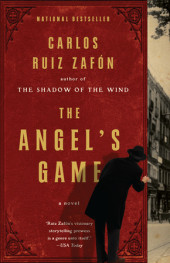 If you're feeling adventurous try Basque novelist Bernardo Atxaga and his novels Obabakok and The Accordionist's Son, or the New Yorker-published Dublin IMPAC winning novelist Javier Marias (Eg. The Man of Feeling or his magnum opus Your Face Tomorrow).

No one can forget Cervantes' masterpiece of world literature, Don Quixote, but perhaps you'd like to expand your horizons with Fernando de Rojas' Celestina, an irreverent fifteenth century tragicomedy that preceded Cervantes and was the first ever Spanish bestseller. 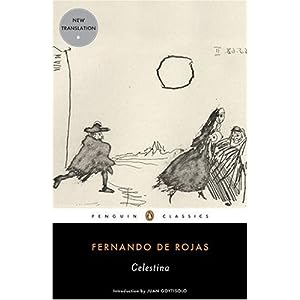 If you prefer non-fiction, try Giles Tremlett's Ghosts of Spain: Travels through Spain and its Silent Past, or - for those with wanderlust - Cees Nooteboom's Roads to Santiago: A Modern-Day Pilgrimage Through Spain.
at 2:07 PM