One of my favorite times of the year has arrived! The Man-Booker Longlist was announced today collecting 13 nominations for Britain's premier literary prize. Last year's winner, Hilary Mantel's dense and dramatic historical novel Wolf Hall, was a best-seller at Third Place Books (and I devoured it like an iced mocha on a hot July afternoon), so I look forward in eager anticipation to  this year's list offerings.

Not all of the books are available in the U.S. yet but - have no fear - being on this list will propel them across the Atlantic speedily!

So without further ado, here is the 2010 Man-Booker Dozen:

Damon Galgut, In a Strange Room 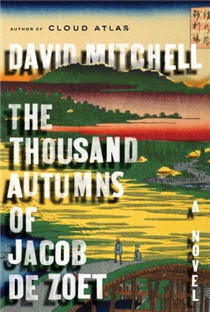 Alan Warner, The Stars in the Bright Sky

*Books currently in the store are in bold.

Our booksellers have been reading and enjoying nominations without knowing it: David Mitchell's Thousand Autumns of Jacob de Zoet has been a favorite amongst the staff. This exquisitely written historical novel about a Dutchman with the Dutch East India Trading Company on a small Japanese island in the eighteenth century has been enthusiastically and soundly praised. Robert enjoyed Tom McCarthy's expansive and inventive  C, and The Slap, by Australian Christos Tsiolkas, a novel about the repercussions of a small exchange at a suburban barbecue, has been flying off the shelves on both sides of the Atlantic.

Come in to check out these titles (we'll let you know as more titles are available) and cast your vote! The Man-Booker Prize shortlist will be posted Tuesday September 7th and the winner announced October 12th.