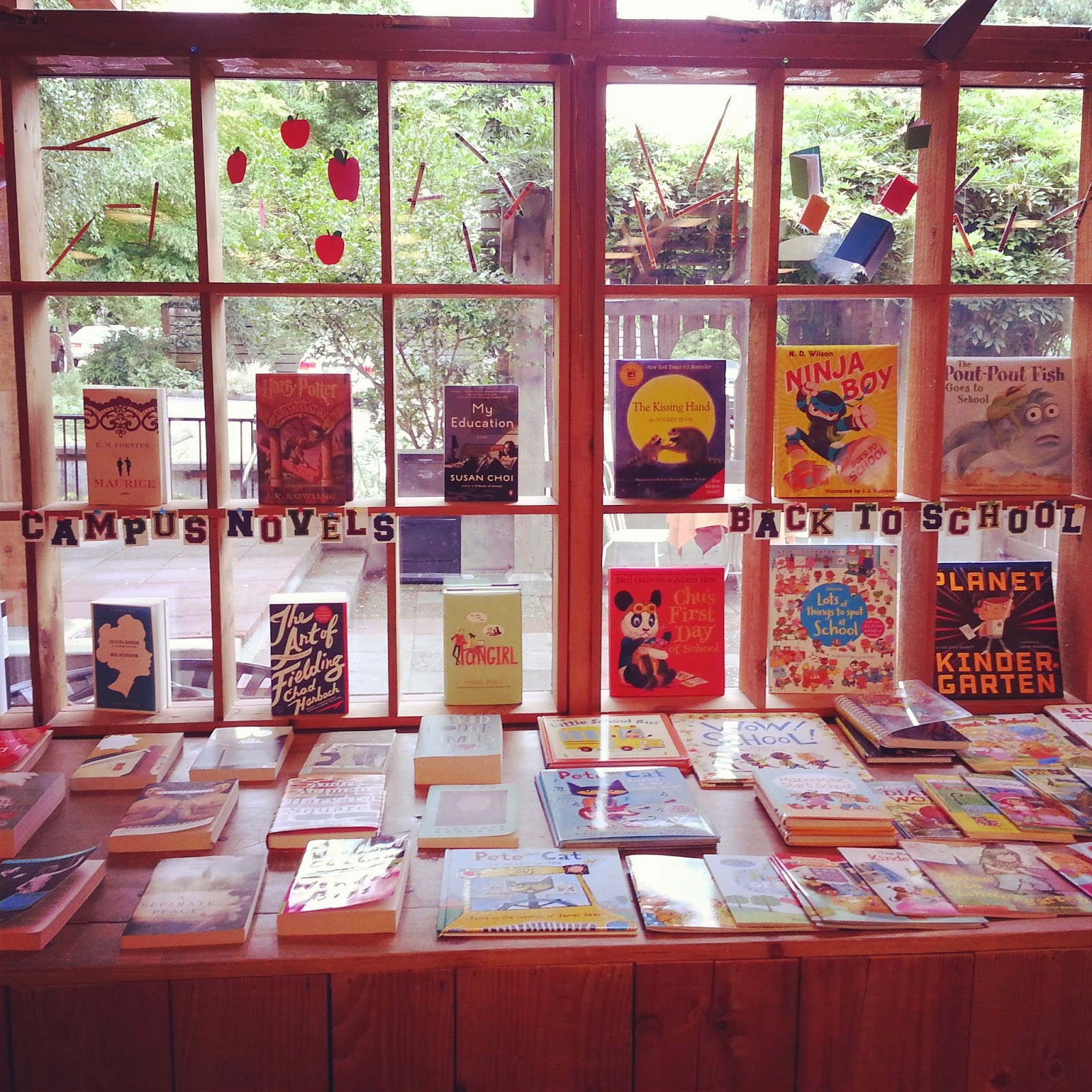 I think I can hear exuberant cheers, and sighs of dread in equal measure. It's back-to-school time, and some people seem to be really excited about it, while others are decidedly not. Actually, funny story, today I was ringing up a young fellow who was buying a book I know is on one of the school reading lists, and as he walked out the doors, he audibly groaned. Hopefully merely in response to being told what to read, and not reading in general.

At any rate, we've got a whole bunch of suggestions for getting everyone ready for the new school year. This one is Patti's favorite, she says it's great for getting kids used to the hustle and bustle of a busy, noisy school.:

Pete the Cat: Rocking in My School Shoes
Pete the Cat is back—and this time he’s rocking in his school shoes. Pete discovers the library, the lunchroom, the playground, and lots of other cool places at school. And no matter where he goes, Pete never stops moving and grooving and singing his song . . . because it’s all good.

Emily and I totally agree that Ramona Quimby, Age 8 it the go-to back-to-school book.

Ramona Quimby, Age 8 by Beverly Cleary
Ramona's job is to be nice to fussy Mrs. Kemp, who watches her while her mother works. If Mrs. Quimby didn't work, Mr. Quimby couldn't return to college. On top of all that, third grade isn't turning out as Ramona expected. Danny the Yard Ape teases her and, on one horrible day, she throws up—at school. Being eight isn't easy, but it's never dull!

But back-to-school isn't just for the kids. Want to relive those heady first days of college, away from home, coming of age?...well, maybe not.  But too bad! There's a whole genre out there all about growing up, moving on, learning lessons; the Campus Novel.

We've got a display at Ravenna featuring some of the best campus novels out there.  And here's a list (MORE LISTS!) of The 50 Greatest Campus Novels. Note: Ami and I would like to make an addendum to this list and include Harry Potter and the Sorcerer's Stone, because it is the essential campus novel.

My Education by Susan Choi
Regina Gottlieb had been warned about Professor Nicholas Brodeur long before arriving as a graduate student at his prestigious university high on a pastoral hill. He’s said to lie in the dark in his office while undergraduate women read couplets to him. He’s condemned on the walls of the women’s restroom, and enjoys films by Roman Polanski. But no one has warned Regina about his exceptional physical beauty—or his charismatic, volatile wife.

Zuleika Dobson: Or, and Oxford Love Story by Max Beerbohm
Sir Henry Maximilian “Max” Beerbohm was, like his friend Oscar Wilde, such an acclaimed wit (and essayist, caricaturist, and parodist) that George Bernard Shaw dubbed him “the incomparable Max.” But Beerbohm’s comic masterpiece Zuleika Dobson—one of the Modern Library’s top 100 English-language novels of the twentieth century—is the only novel he ever wrote.

Strangely out of print in the United States for years, this crackling farce is nonetheless as piercing and fresh as when it first appeared in 1911: a hilarious dismantling of academia and privilege, and a swashbuckling lampooning of class systems and notions of masculine virtue.

The all-male campus of Oxford—Beerbohm’s alma mater—is a place where aesthetics holds sway above all else, and where witty intellectuals reign. Things haven’t changed for its privileged student body for years . . . until the beguiling music-hall prestidigitator Zuleika Dobson shows up.

The book’s marvelous prose dances along the line between reality and the absurd as students and dons alike fall at Zuleika’s feet, and she cuts a wide swath across the campus—until she encounters one young aristocrat for whom she is astonished to find she has feelings.

As Zuleika, and her creator, zero in on their targets, the book takes some surprising and dark twists on its way to a truly startling ending—an ending so striking that readers will understand why Virginia Woolf said that “Mr. Beerbohm in his way is perfect.”
at 12:58 PM