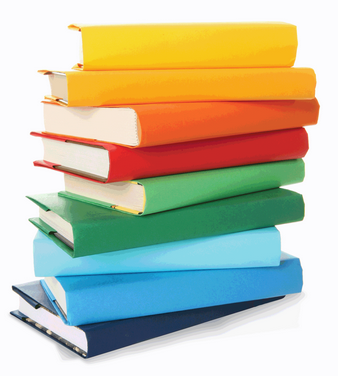 The last thing you probably need is a list of books to read. If you're at all like me, you already have a precariously teetering stack of to-read books on your nightstand (a precariously teetering stack that seems to grow on its own at a rather alarming rate). And you've probably got plenty of friends telling you to read this or that book next. Or maybe it's a list of things to be read for school. Well, I joyfully disregard your overabundance of books to read, and add to it with this list of lists.

From the New York Times Bestseller List to the Indie Bound Next List, there's no shortage of lists offering reading suggestions. But I argue that there is a shortage of truly original and interesting lists. I don't want a list of books I already know I should be reading. I want a list of books I've never even considered reading, or better yet, never even heard of. So here are a few of the lists I've come across that offer up a different kind of book. Pay no attention to the numbering, these aren't in any particular order.

Ok, so I'm starting this list about lists with not so much a list but more of an endorsement for an entire line of books. The NYRB Classics imprint has published hundreds of titles since it first released A High Wind in Jamaica by Richard Hughes in 1999. NYRB Classics rescues books from oblivion, returning works to print that have been wrongly forgotten, or offering translations previously unavailable in English. Some of my very favorite books come from this series... *cough, cough* Stoner *cough, cough* Added bonus, NRYBs are beautiful, both their signature covers and all lined up chromatically on a shelf. So, the second entry on my list of lists isn't a list either, but a source for great lists. If you are looking for an interesting and original list of books to read, this is the place. As evidence, I offer this perfect list of 25 Books that Tell You Everything You Need to Know About New York. This list contains a couple of NYRB Classics, naturally, but it also has my new favorite book, Dancer from the Dance by Andrew Holleran (fair warning, if you read this blog with any regularity, be prepared to hear much, much more about Dancer from the Dance). More evidence of Flavorwire's list superiority...50 Excellent Novels by Female Writers Under 50 That Everyone Should Read. While their listmaking may be top notch, I will concede that perhaps shorter list titles may be in order.

3. Powell's Books, 25 Books You Must Read Before You Die
Hey, look! An actual list! I'm a bookseller, I trust other booksellers. Especially these booksellers.

...and speaking of booksellers...

4. Third Place Books, Bookseller Top Tens
Don't forget our year-end lists. Shameless plug. With such a large staff of people with wildly differing reading tastes, you're bound to come across something interesting

This one is pretty amazing, and maybe my favorite of the lists. Bookslut has created an award in order to determine the best book of the year...from 50 years ago. The argument being that maybe it takes a little longer than 365 days to determine what book will actually stand the test of time. And it's a good argument if you consider this: 1963 saw the release of Sylvia Plath's The Bell Jar, but it was John Updike's The Centaur (WHAT!??!?) that won the National Book Award, and there wasn't even a Pulitzer Prize for fiction awarded that year. Not to mention the complete disregard of James Baldwin's The Fire Next Time by all of the awards. Here is what Bookslut founder Jessa Crispin has to say:


Book awards, for the most part, celebrate mediocrity. It takes decades for the reader to catch up to a genius book, it takes years away from hype, publicity teams, and favoritism to see that some books just aren't that good.

Here's more of that interview from Melville House.  AND  here is the shortlist for the Daphne Awards set to be announced later this month.

6. Book Riot, Ten Best Top 100 Books Lists
Clearly, this strange need to list and rank other ranked lists isn't limited to just me. Here is a great list of other great lists. Of note, one of the few lists of best nonfiction. And I particularly love the 100 Favorite Novels of Librarians which features over 40 works written by women, as compared to the Modern Library Best 100 Novels of the 20th Century, which only has nine works written by women.

So there you have it. Some interesting lists for your perusal. Now get reading.
at 6:39 PM

Labels: lists
Email ThisBlogThis!Share to TwitterShare to FacebookShare to Pinterest